You are here: Home » Articles filed under: 'News' » Article: 'Ben Quilty’s The Longest War at AWM' 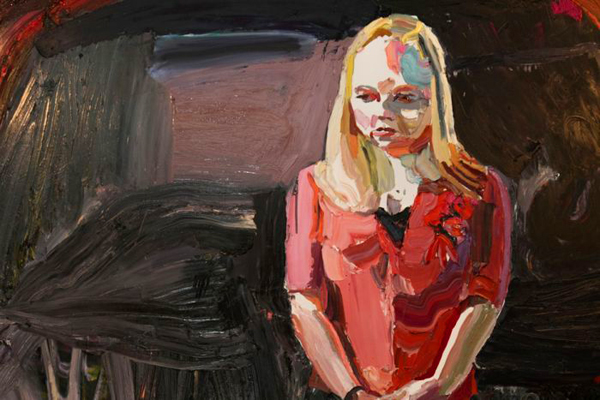 Elvi Wood, the longest war by Ben Quilty, is on display at the Australian War Memorial in Canberra.

Since 2011, when Ben Quilty first travelled to Afghanistan as an official war artist, he developed a strong rapport with the soldiers he met. His paintings from that time are powerful evidence that art plays a major role in understanding the psychological impact of conflict.

Given Quilty’s bond with the soldiers, last year the Australian War Memorial decided to follow on from his Afghanistan commission by asking him to depict the experience of war on those who are often forgotten, the family members whose loved ones have been killed or have suffered from post-traumatic stress disorder.

The subsequent series of portraits, The longest war, is now on display at the AWM.

One of the women he painted, Elvi Wood, was inadvertently thrust into the limelight at a time when all she wanted was privacy after the death of her husband in 2011. Sergeant Brett Wood, 32, a member of the 2nd commando regiment, was on his third tour to Afghanistan when he was killed by an improvised explosive device.

“When you go through what I have you start to question any joyful or happy moments in your life,” Wood says.

“But I can truly say that meeting with Ben Quilty and having my portrait done is the most amazing thing that’s happened to me in the past 5½ years. His ability to look inside you and see what you try to hide from the world is truly ­remarkable.”

In Elvi Wood, the longest war, Quilty has ­depicted Wood standing on a stage, as if in the spotlight. As Quilty and I stand before the life-size portrait, he says that painting her was “pretty intense”.

“We talked about everything. We talked about the knock on the door and how she felt when she saw her husband’s best friend at 6am in the morning. She talked about what it was like at the funeral, how she lost control of the entire event, and she just stepped into the role of the war widow and became a public figure.

“We both shed tears but that is how you get to the heart of the issue.”

Quilty says it is impossible to distance himself when painting such issues.

“My painting is my religion and it’s my solace and it’s my therapy. If I was just fighting those things and it was bouncing off me, I don’t think I would cope at all. I don’t think I could have coped following the trajectory of the young men that I met in Afghanistan. That would have broken me but I had an outlet. I had a way of telling their stories and that was profoundly positive for them and for me.”

The curator of The longest war and the War Memorial’s senior curator of art, Laura Webster, says Wood looks like she is on a stage ­performing.

“She said she is not always comfortable with the media but it is something she needs to do for the memory of her husband, and to help other widows and other families so that people can understand what they are going through,” Webster says.

Webster also worked with Quilty through his earlier Afghanistan commission and says she has noticed a change in his work.

“If you look at the iconic Margaret Olley you have all that white space. Now the canvases are all filled up and there is darkness in them. I think this is from these other experiences that Ben’s gone on to have, speaking to soldiers ­returning, speaking to Elvi, getting involved in PTSD. There’s a number of things he’s involved in and there is this darkness, which in some ways he’s interested in, and you see that coming through the canvas with the brushstrokes, with the paint.