You are here: Home » Articles filed under: 'News' » Article: 'Beneath the waves' 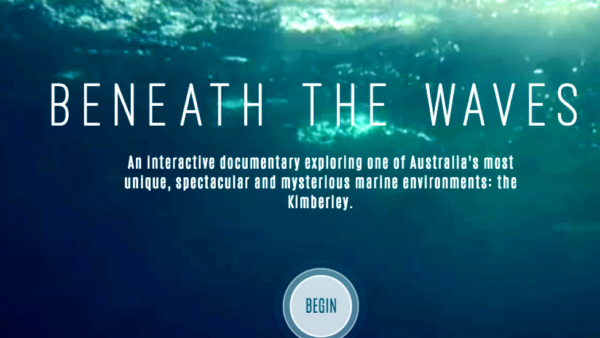 The aquatic mystery of the Kimberley has been brought to the surface in the online interactive documentary Beneath the Waves.

Huge tides, opaque water, cyclones, and an abundance of crocodiles, among other challenges, have put the scientific exploration of the Kimberley coast’s marine biodiversity beyond the reach of many organisations over the years.

However, a team from the Western Australian Museum has waded into this daunting environment, collating fieldwork from six years of research in concert with production company Periscope Pictures and interactive experience developer, Hungry Sky.

The result is the online documentary ‘Beneath the Waves’, which was named best interactive production at the prestigious WA Screen Awards last month.