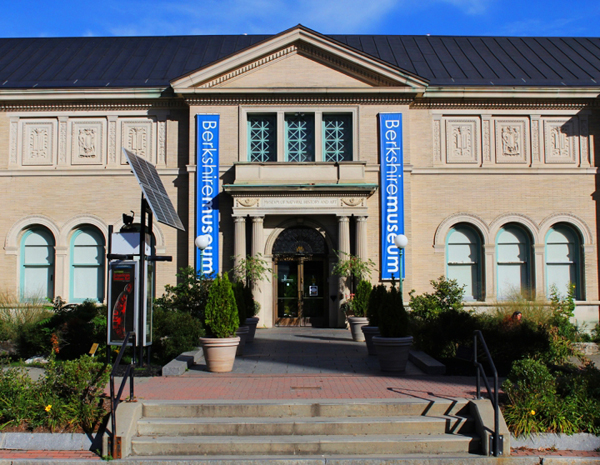 On Friday, the AG’s office filed an appeal seeking a last-minute injunction to stop Monday’s auction of works from the Berkshire Museum collection at Sotheby’s.

Massachusetts Attorney General Maura Healey is appealing the ruling by Berkshire Superior Court Judge John Agostini, delivered on Tuesday, allowing the Berkshire Museum to sell some of the most expensive works from its permanent collection at Sotheby’s. The AG is seeking a last-minute injunction to prevent the sale of the Berkshire Museum works.

The appeal may be the last chance for opponents of the auction scheme to prevent it. The first sale of the museum’s works includes the most valuable piece — Norman Rockwell’s “Shuffleton’s Barbershop” (1950), which has been tagged with a $20 to 30 million pre-sale estimate — and is scheduled for Monday afternoon at Sotheby’s New York City auction house. The appeal alleges that Judge Agostini mishandled the earlier request for an injunction, which the AG filed last week.

“The balance of harms strongly favors entering an injunction in this case,” the AG’s filing states, according to the Berkshire Eagle.

The plaintiffs in two lawsuits filed against the Berkshire Museum to stop the sale — including one filed by three of Norman Rockwell’s sons — have filed an emergency motion in support of the AG’s appeal.

“The Rockwell family is very pleased that the Attorney General is seeking an appeal,” three of the artist’s sons said in a statement. “Norman Rockwell gave ‘Shuffleton’s Barbershop’ and ‘Shaftesbury Blacksmith Shop’ to the Berkshire Museum. They were given as gifts to the people of the Berkshires. They should remain in the Berkshires, as he intended, and they should be exhibited for all to enjoy.”

A decision on the AG’s appeal is expected by to be delivered by appellate court Justice Joseph A. Trainor by Monday. In the meantime, Sotheby’s seems poised to begin auctioning the Berkshire Museum works as planned.

“It is regrettable that the Attorney General’s Office — rather than take heed of Judge Agostini’s extensive and carefully reasoned decision, and despite its own unqualified admission that the Berkshire Museum’s Trustees have acted in good faith — has now, three days after that decision was issued, filed an 11th-hour appeal rehashing the same arguments that were so thoroughly rejected by the court,” Sotheby’s spokesperson Darrell Rocha told the Berkshire Eagle.

The museum is seeking to sell off many of the most valuable artworks in its collection to raise between $50 and $60 million. The bulk of that sum would be put toward implementing the institution’s “New Vision” project, which would see it shift to a model more focused on science and technology. The museum’s administrators claim that without a significant infusion of money, the institution would have to close within eight years.

In the meantime, a group called Save the Art – Save the Museum is planning simultaneous rallies at the Berkshire Museum and at Sotheby’s auction house in New York at 11am tomorrow, Saturday November 11.

“The judge’s opinion says the sale can go forward, but that doesn’t make it right to sell off the museum’s collection,” Save the Art spokesperson Carol Diehl said in a statement. “Selling off the heart of the Berkshire Museum’s collection will irreparably damage Berkshire County’s artistic and cultural heritage. The implications go far beyond one small community in western Massachusetts; the loss of these artworks will set a destructive precedent for art collections throughout the US.”

Update, 11/11/2017: Late Friday night, Massachusetts appeals court judge Justice Joseph Trainor granted a preliminary injunction blocking the Berkshire Museum from selling works from its collection, effectively halting the planned Sotheby’s auctions that were due to start on Monday. According to the Art Newspaper, the injunction expires on December 11, but the office of the Massachusetts Attorney General will have the option of extending the injunction until its investigation into the deaccessioning is completed.

“We join our clients, the Rockwell family and citizens of Berkshire County, in fully supporting this decision,” Michael B. Keating, the attorney for the plaintiffs and a partner at the Boston law firm Foley Hoag, said in a statement. “The irreparable harm that would occur if these paintings were to be sold, coupled with the significant unresolved legal issues surrounding the legality of this sale clearly compel this injunction.”