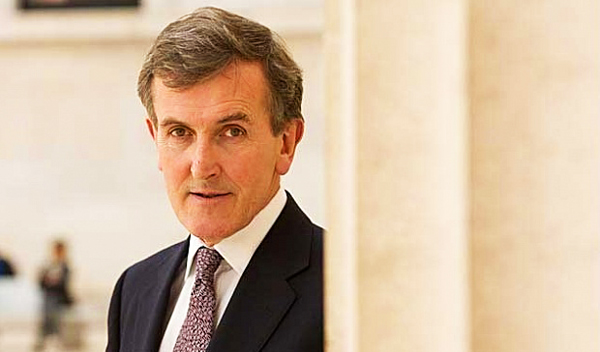 Neil MacGregor, the former director of the British Museum. Source: The Art Newspaper.

The former British Museum chief, appointed as founding director in 2015, will steer the project to completion

Neil MacGregor, the former director of the British Museum, has extended his contract as the director of the Humboldt Forum in Berlin until its opening in the reconstructed palace in the centre of the city. Envisaged as a centre of education and research on the natural world and world cultures, the Humboldt Forum is scheduled to open in 2019 in what is currently a vast building site opposite the cathedral and Museum Island on the Unter den Linden boulevard.

MacGregor, 71, was appointed in 2015—initially for two years—as one of three founding directors alongside Hermann Parzinger, the president of the Prussian Cultural Heritage Foundation, and the art historian Horst Bredekamp. “Setting up this unique cultural project continues to be a wonderful task from my point of view,” MacGregor says. He added that he will be happy to stay on in an advisory role after the Humboldt Forum opens.

The culture minister, Monika Grütters, has described the Humboldt Forum as “Germany’s most ambitious cultural project,” tasked with handling “the major themes of humanity such as religion or migration or questions of life and death.” She welcomed MacGregor’s decision, saying: “He is a guarantor of the success of this great new cultural institution in the middle of Berlin.”

MacGregor has said he favours making the Humboldt Forum an admission-free museum, which would be the exception rather than the rule in Germany. The ground floor of the palace is envisaged as a venue for dance and theatre events, film, shops, cafes and temporary exhibitions. The upper floors will house the permanent exhibition.