You are here: Home » Articles filed under: 'News' » Article: 'Beyond ‘edutainment’' 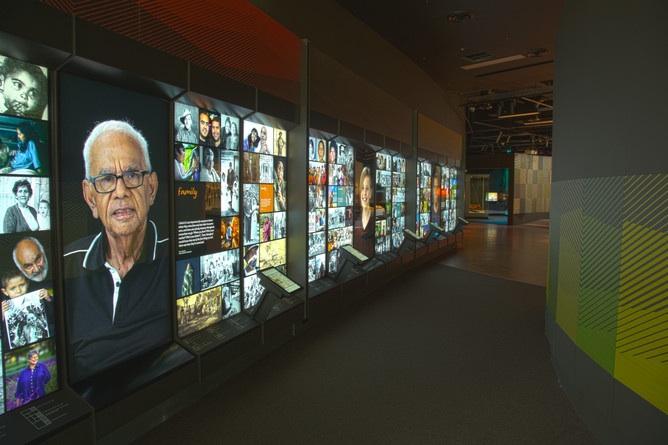 The Los Angeles County Museum of Art (LACMA) last week joined Snapchat (username: lacma_museum), a social media smart-phone app that allows users to broadcast photos, video, or hybrid images that disappear directly after being viewed. Snapchat is particularly popular with the US youth market, rating highly with 12 to 24-year-olds.

Hyperallergic.com reports that the San Francisco Museum of Modern Art joined Snapchat last year, without establishing a robust presence, and that the Blanton Museum have also announced their own Snapchat account (username: blantonmuseum).

LACMA’s social media manager, Maritza Yoes, told hyperallergic.com: ‘LACMA’s interest in Snapchat stems from our enthusiasm for experiential approaches to social media. Not only is Snapchat a great way to reach a younger audience, but it also provides us with a platform for play – a place where we can create stories and experiences around the museum, our collection, and our staff.’

‘Our audience wants to be a part of something. They want to connect to us and to each other, and Snapchat provides us with a direct link to an incredibly interested and excited audience. We both send and receive Snapchats, and in doing so connect with our audience in a way that they can relate to,’ Yoes said.

The move comes at a time when museums are being scrutinised for the extent to which they provide experiential and entertaining opportunities for visitors. In a paper entitled ‘From Museum to Amusement Park: The Opportunities and Risks of Edutainment’, the authors cite French cases where institutions ‘reject the image of the museum as boring’ and ‘borrow elements associated with the recreational park in order to offer their visitors cultural leisure experiences.’

For example, the Nausicaa Sea Centre in Boulogne-sur-Mer describes itself as ‘neither a museum nor an aquarium’ but ‘a place to learn and to dream … Powerful, emotive experiences at Nausicaa give you unique insights about the world’s seas and oceans’.

Similarly, Paléosite in Saint-Cézaire, advertises itself as a ‘new, interactive, thematic concept devoted to prehistory and combining education and fun, without the static collections typical of museums.’

Published in the International Journal of Arts Management, the paper’s authors state that ‘edutainment, an approach combining education and entertainment, appears to be a current trend in the museum landscape.’ Indeed, in their conclusion the authors argue that ‘cross-fertilisation between the museum sector and the entertainment sector through partnerships, conferences and educational programs could prove very useful.’

Museum Victoria CEO, Dr Patrick Greene, emphatically rejects the notion that museums are becoming more like theme parks. ‘Museums generally hold strongly to their mission and have shown a remarkable capacity to evolve and to meet the interests and demands of their audiences and also in terms of embracing technology to make them better able to fulfil that mission, ‘ Dr Greene said.