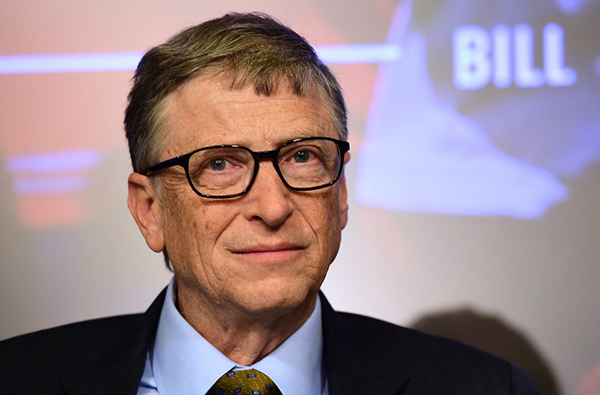 Sissi Cao, Bill Gates On Coronavirus vs. Economy: ‘There Is Really No Middle Ground’, Observer, 3 April 2020

After over ten days of a strict shutdown in many parts of the U.S. due to the coronavirus outbreak, debates started to emerge among political and business leaders over whether we, as a country, should make a “tough tradeoff,” in President Donald Trump’s chief economic advisor Larry Kudlow’s words, between saving lives and saving the economy.

Bill Gates, an active donor to projects fighting Covid-19 since its outbreak, shared his take on the hot-button issue during a Facebook Live interview with Chris Anderson, head curator of TED Talks, on Tuesday. The interview was part of TED Connects: Community and Hope, a daily conversation series under the TED brand.

Gates’ stance, in short, is that, unless we decide to accept the reality that more than half of the population will fall sick of the bug, the U.S. has no choice but to swallow the huge economic cost from a prolonged shutdown.

“The U.S. has passed the opportunity to control this without shutdown,” he said, pointing to the dreary fact that the we had missed the nearly month-long time window between the Covid-19’s peak spread in China and its eruption in the U.S. to build up the testing capacity needed to contain the virus.

“There is really no middle ground,” Gates explained. “It’s very tough to say to people, hey, keep going to restaurants, buying new houses and ignore those piles of bodies in the corner…I don’t know of any rich countries that have chosen to adopt that approach.”

“It is true that, if you do that approach over a period of several years, enough people would be infected and you’d have what’s called herd immunity,” he added. “But herd immunity is meaningless until you have infected over half of the population.”

The good news, though, is that isolation is proven to show effects quickly if implemented strictly.

“The sooner you do it in a tough way, the sooner you can undo it and go back to normal,” Gates said. Drawing experience from China, Gates suggested that an extreme shutdown of six to ten weeks should dramatically slow down the coronavirus’ transmission in the U.S.

It’s also encouraging to know that testing capacity is ramping up quickly in the U.S., Gates noted. On Monday, the FDA updated its guidelines for Covid-19 testing procedures to allow an at-home “self-swab” method to extract samples so doctors and nurses won’t have to risk contracting the virus during tests.

And back on the tough question of economy-life tradeoff, “It’s very irresponsible for someone to suggest that we can have the best of both worlds,” Gates said. “Bring the economy back to money is much more of a reversible thing than bringing people back to life…Two to three years from now, this thing on a global scale will be over, with a gigantic price tag.”

In the interview, Gates and Anderson discussed other coronavirus-related topics, including prospects of vaccines and drugs, how the changing season may help slow down the pandemic and challenges facing poor countries when Covid-19 hits. You can rewatch the full interview below: