You are here: Home » Articles filed under: 'News' » Article: 'Bipartisan support set to save NEA'

Bipartisan support set to save NEA 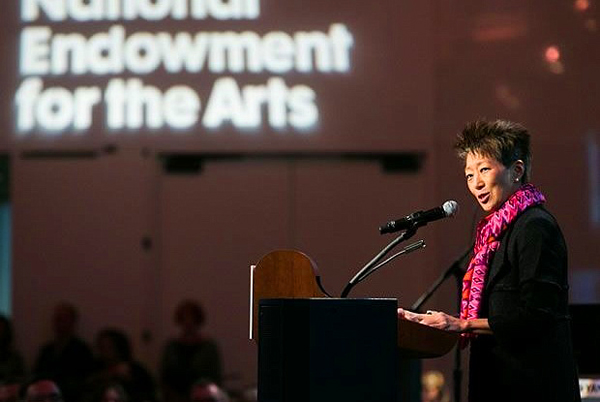 Helen Stoilas, NEA and other culture agencies spared the axe, 2 May 2017, The Art Newspaper

The NEA and the NEH are both set to received $150m in 2017, a $2m boost over last year. The Institute of Museum and Library Services will also see a $1m increase in its budget, bringing it to $231m, and the Corporation for Public Broadcasting will also keep its funding.

The agencies were among 19 independent federal offices facing the axe under President Trump’s proposed budget this year, which aimed to siphon more government spending towards defense at the expense of many popular public programmes. There was widespread criticism of the plan from arts groups as well as from Republican politicians like former presidential candidate Mike Huckabee and New Jersey Congressman Leonard Lance.

The new Congressional deal avoids a threatened government shutdown by providing funding through the end of the fiscal year on 30 September.

Positions Vacant » View All
» Executive Support – Canterbury Museum
» Visitor Experience Host – Australian Museum
Latest News » View All
Prof Graham Durant AM valedictory address
- science centres’ origins & critical mission Read more.
Carbon offsetting is just greenwashing
& art world must stop pretending otherwise Read more.
Antony Gormley’s Alan Turing approval
at Cambridge but work at Imperial pending Read more.
AM 100k & Powerhouse 49k visitation records
in 2 wks July school hols with NSW Gov support Read more.
QM’s evolution of Ekka showbags
- incl the pioneering coal showbag Read more.
Top +
Council of Australasian Museum Directors c/o Mr Brian Oldman, South Australian Museum PO Box 234 Adelaide, South Australia 5001 Australia, © CAMD 2022
Copyright: All information and resources provided on this website remain the copyright of the Council of Australasian Museum Directors. Permission is granted for viewing and downloading for personal and not for profit purposes. Those wishing to reproduce any materials for commercial, educational or other uses are requested to contact us.
Disclaimer: The content of this website is provided for information purposes only and is not intended as a substitute for professional advice. No claim is made as to the accuracy or authenticity of the content of the website. The Council of Australasian Museum Directors does not accept any liability to any person for the information or advice (or the use of such information or advice) which is provided on this website. The information on our website is provided on the basis that all persons accessing the site undertake responsibility for assessing the relevance and accuracy of its content. No responsibility is taken for any information or services which may appear on any linked web sites. Hostgator.
.