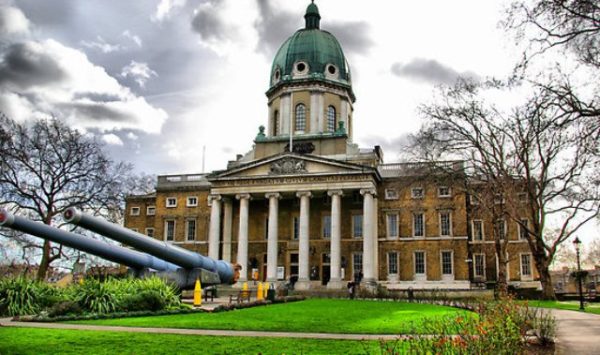 The Imperial War Museum – one of the UK museums impacted by privatisation. Source: IWM.

Tracy Edwards, Museums are too vital to be abandoned to free-market Tory dogma, The Guardian, 14 June 2016

Zero hours, short term contracts, low pay, physical and verbal abuse, and muscular problems from standing for too long. Add in privatisation, job cuts and imposed changes to working conditions, and the picture is bleak for museum and gallery workers in the UK.

Cuts to arts funding by the previous Tory-led government and now this one have been the main driver of our sector becoming one of the lowest paid in the country. Despite the obvious attraction of working at some of the finest art and cultural institutions in the world, many young people are being priced out by the poverty pay on offer.

On the back of last year’s comprehensive spending review, the Department for Culture, Media and Sport (DCMS) has issued guidance to all museums on new so-called freedom protocols, giving employers the green light to slash pensions and redundancy rights.

The Victoria and Albert in South Kensington has been one of the first to take advantage of this. As of January this year, all new staff are employed on worsened contracts taking them out of the civil service pension scheme with reduced maternity and paternity entitlements. The museum is also refusing to allow new workers to be part of the collective agreement arrangements currently in place for existing staff. More than 45,000 people have signed a petition against these plans.

When visitor services at the Imperial War Museum were privatised in 2014 we warned that handing them to a security firm with no museums experience would be a mistake. The company, Shield, has now gone bust and staff are still waiting for outstanding pension contributions. In the relatively short time the firm was in charge, our representatives raised numerous concerns about health and safety on HMS Belfast and security issues at the main Lambeth site.