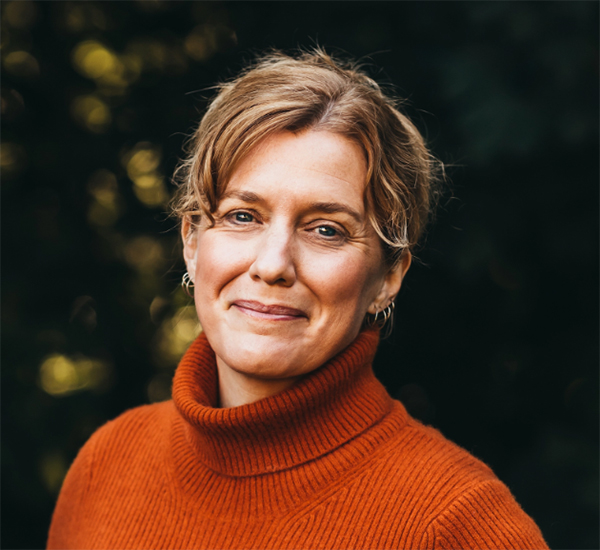 “Science journalists have always had to find ways of ‘translating’ complicated concepts without sacrificing accuracy, but even over the course of my career the job has gotten so much harder.”

This article is part of a regular series of conversations with the Review’s contributors; read past ones here and sign up for our email newsletter to get them delivered to your inbox each week.

In the March 24, 2022, issue of the magazine, Michelle Nijhuis reviews A Cure for Darkness by Alex Riley, an investigation into the checkered history of treatment for depression inspired by Riley’s own struggle with the condition. The topic was a bit of a departure for Nijhuis, who most often writes about climate change and conservation—her last piece in our pages was a romp through the science of animal communication—but she has always had diverse interests.

Nijhuis studied biology in college, with a focus on ecology and conservation, and after graduating spent several years as a field assistant on wildlife research projects in the Southwest, tracking desert tortoises in Utah and Arizona and tallying frogs in the Sierra Nevadas. But she found academic research stifling. “I loved those jobs,” she told me this week over e-mail, “and I was absolutely interested in science and scientists, but I didn’t have the patience or passion needed to spend decades pursuing answers to a single set of questions. I wanted to ask a lot of different questions, and science journalism gave me the chance to do that.”

Nijhuis landed an internship and then a job at High Country News, a magazine covering rural communities and public lands in the western states. While still a contributing editor there as well as a project editor at The Atlantic, she has written for numerous outlets and last year published Beloved Beasts, an acclaimed history of the conservation movement. She has also co-edited The Science Writer’s Handbook and written a companion handbook on the craft of the science essay—both indispensable resources for journalists working in the genre, which comes with particular challenges.

“Science journalists have always had to find ways of ‘translating’ complicated concepts without sacrificing accuracy, but even over the course of my career the job has gotten so much harder,” she said.

The issues have become both more complex and more urgent, and disinformation has accelerated. Climate change, global health, species loss and habitat destruction—these are no longer just science stories, if they ever were. They’re stories about politics and economics and history and, above all, about life and death. So all science journalists have to be multidisciplinary to some extent—they have to not only translate research into comprehensible language but show how science affects and is affected by the societies it exists within.

Disciplinary rigidity is a problem not only in science journalism but in scientific research itself. As Nijhuis explains in her review of A Cure For Darkness, there has long been disagreement about whether depression is foremost a psychological or biological condition, which has resulted in starkly different approaches to understanding and treating a complex ailment. “I see a lot of parallels between the history of psychiatry and the history of the conservation movement,” she told me.

Both began in elite circles in wealthy societies, and for decades both largely ignored the importance of lived experience—psychiatrists ignored or dismissed the insights of their patients, while the conservation establishment ignored the expertise of communities that had been practicing conservation on a local level for millennia. Both have been and still are hampered by sectarianism.

While working as a field biologist early in her career, she observed the “bitter and sometimes violent politics surrounding vulnerable species” in which “there was almost no agreement, even among people who were supposedly on the same side, on the answers to very fundamental questions—why a particular species should be protected, or who should be responsible for protecting it.”

After I became a journalist and started writing about conservation conflicts, I started to think about telling the story of the modern conservation movement as a single narrative, one that looked at both the successes and failures of the movement and how it had developed answers to those fundamental questions.

Unexpectedly, she finished writing Beloved Beasts feeling more optimistic than when she began, “even though the history of the conservation movement is full of losses and terrible decisions.” She acknowledges that there are successes to celebrate in protecting species and advancing scientific understanding about their needs, “and the movement is belatedly recognizing the importance of Indigenous and other traditional conservation practices, which have been ignored and disrupted by the conservation establishment for generations.”

She was also heartened by Riley’s book, in which he writes that a collaborative approach combining pharmacological treatments and other forms of therapy seems to be gaining ground in psychiatry.

Progress isn’t guaranteed to continue, of course, and both fields still have far to go, but as someone who experiences depression—and as someone who cares about the fate of all species, including our own—I’m grateful to live in a time when both psychiatry and conservation seem to be learning from their own histories.

Nijhuis grew up in Poughkeepsie, New York, but lives in the West, where she started her career and about which she has written so much. Currently, she and her family live in a small town in Washington, but for fifteen years before that, they lived off the electrical grid in western Colorado. “Living off the grid was much less exotic than it might sound—we had most modern conveniences—but because we lived outside of town we were visited often by coyotes, occasionally by bobcats, and once, late at night, by a very confused stray cow.”

Michelle Nijhuis is a Project Editor at The Atlantic, a Contributing Editor at High Country News, and the author of Beloved Beasts: Fighting for Life in an Age of Extinction, which was published last year. (March 2022)

Willa Glickman is on the editorial staff of the New York Review. (November 2021)