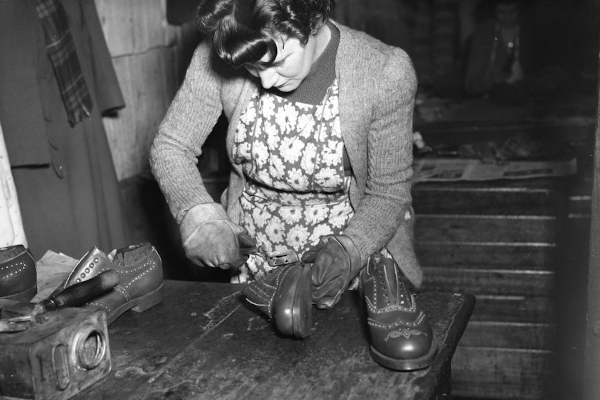 “It’s up there with some of the iconic brands like Hills Hoist and Vegemite,” a historian said of the Blundstone brand. Supplied: Archives Office Of Tasmania.

It is one of country’s oldest brands and has supported the soles of Australians from troops on the Kokoda track to top athletes.

The humble Blundstone boot, often warmly referred to as Blunnies, is this year marking 150 years since its leather designs first hit the nation’s factory floors.

But many Australians might not realise there’s a long history behind the muddy leather boots that sit on the back verandah of so many homes.

Blundstone is a Tasmanian brand that began in 1870 in a building that still sits in one of the main streets of Hobart.

At the time, John and Eliza Blundstone were British migrants and competing with some 330 other bootmakers in the area.

Tasmanian Museum and Art Gallery senior curator Elspeth Wishart said the product started out as a boot for frontiersmen in the new colony.

“They were making boots for the rugged conditions of a colonial town, for farmers, for exporters, surveyors,” she said. 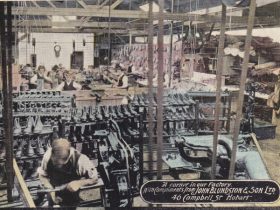 “Before there was even a road over to the west coast of Tasmania, Blundstone had travelling salesman going over there trying to promote their goods.”

The company raced out ahead of the pack in 1894 when Tasmania hosted the Hobart International Exhibition and the company won acclaim for having the best-produced boots.

But hard times were ahead, and the company struggled to achieve financial success.

When the Depression hit in the 1930s, the business was sold to fellow bootmakers and competitors the Cuthbertson family, who still own the company today. 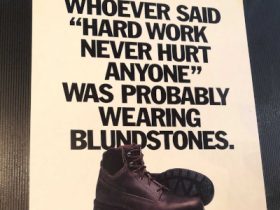 Ms Wishart said it was during the war years the brand began to forge its place in the Australian psyche, being among the manufacturers to supply boots in World Wars I and II.

“They were producing half a million pairs of boots that were used on the Kokoda track,” she said.

“When the boots were taken down to the wharf, the wharfies really liked the boots and some would disappear.

“They had to start shipping the left boots and the right boots separately, so they wouldn’t lose any.”

On the Kokoda track, the boots were a necessity to traipse through the intractable mud and combat the pervasive scourge of trench foot.

“Even the American soldiers were trying to exchange their boots to get a hold of them, so obviously they were doing the job for some terrible conditions,” Ms Wishart said.

Making the boots was not without its challenges, historian David Young’s history of the company notes that factory worker Betty Harris was just 12 years old when she went to work on the assembly line in 1944. 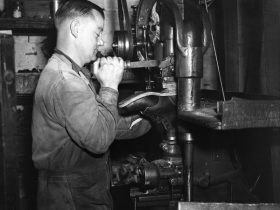 A machine operator in the Blundstone factory in 1951. (Supplied: Archives Office Of Tasmania).

“If the girls in the sewing room were tired and wanted a break they would kick off the belts driving their machines and take it easy until the boy whose job it was to put the belt back on had fixed the problem.”

From the battlefields to footy fields

In the 1950s, the brand would solidify its place in Australian history with a partnership with legendary Tasmanian-born VFL player Darrel Baldock.

“The Doc”, as he was known, captained St Kilda to its first premiership and fans could buy a pair of Blundstone football boots with his name on the ankle.

Needless to the say, the campaign was a success. 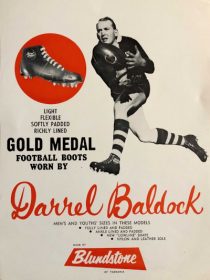 VFL legend Darrel ‘The Doc’ Baldock lent his name to a range of signed Blundstone football boots in the 1950s. (Courtesy: Blundstone).

By the 1960s, 90 per cent of men’s footwear in Australia came out of Blundstone’s Hobart factory.

In the 70s the pressure of a changing manufacturing landscape meant the company started to look offshore and began exporting, with its Ok Tedi mine in PNG one of its first clients.

In the ensuing years, the company has supplied police forces, tradesman, chefs, fisherman, mines and even the Sochi Winter Olympic team.

Their products are often favoured because of their durability and safety features.

In 2007, the company received a strong backlash in its home state of Tasmania when it announced it would have to start manufacturing the leather boots in Thailand and India, sending about 300 local jobs offshore.

Ms Wishart said there was an outcry in Tasmania.

Steve Gunn was at the helm at the time and said there was little option.

“It was a gut-wrenching experience to live through, but we knew we had to do it from a survival point of view. It had to happen,” he said.

“The place was still in something of a grieving mode for a period afterwards.”

These days, Blundstone makes its leather boots at a number of sites overseas — but its gumboots, favoured by many in the state’s aquaculture sector, are still made at its Moonah plant, north of Hobart.

Head designer of leisure boots Joe Carfora said it was this feature that made the design unique. 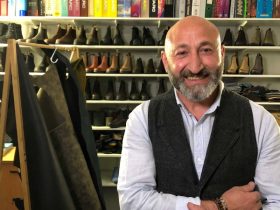 “We take our natural habitat around us to try and reflect that in our product,” he said.

“So even from a material sense, the rawness and the rustic feels of leathers is what shows.”

The company now employs 120 people directly and thousands indirectly, producing some 3 million pairs of boots each year for Australians and those abroad.

Mr Gunn said over the past 30 years it was Australia’s backpackers who had helped make the brand global, as they scuffed their way around the globe and people remarked on their footwear.

The product is now sold in more than 70 countries, with growing markets among women and fashion sectors. 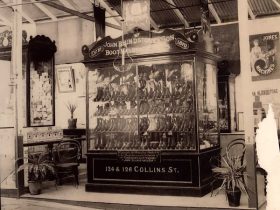 The dance group Tap Dogs has been credited with helping make the brand an international success, with celebrities such as Brad Pitt, David Beckham and Paul Rudd spotted wearing them. 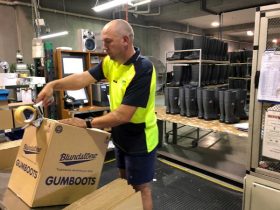 Unlike many other brands bought by global conglomerates, Blundstone is unusual in remaining in the hands of the Cuthbertson family who bought it in the 1930s.

“The majority of people have had a pair of Blundstones in their life.

“It’s up there with some of the iconic brands like Hills Hoist and Vegemite, but what I think is important is that it’s still Tasmanian owned.”

Many of its employees are long term, including shift supervisor Craig Burr, who has worked in the company’s gumboot factory in Hobart for 27 years.

“I started on the blocking machine. There were 360 people here and being a young fella, it was quite daunting,” he said.

“I spent most of the time manufacturing, slowly moved onto the gumboot machine. Then I did an adult apprenticeship as a fitter and machinist, so now I’m also fixing the machines.”

He said he was proud to be part of the company’s long history but it also resulted in quite the collection of boots which “the wife’s not very happy about”. 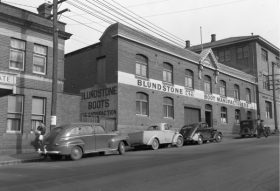 The Blundstone factory in Campbell St, Hobart in 1951, where it still stands today. (Supplied: Archives Office Of Tasmania).

Steve Gunn is in a similar position after having been at the helm of Blundstone for two decades.

Over that time, he admitted he had accrued a “sensational collection” of the iconic boot, as he test drives various samples.

“I am something of the Imelda Marcos of Tasmania — it’s embarrassing, but I think I have something like 40 pairs of Blundstones in the wardrobe.”

He does not mind, just so long as Australians keep buying them.

“Although ‘Blundies’ does grate of me a little bit,” Mr Gunn said.