You are here: Home » Articles filed under: 'News' » Article: 'BM accused of hypocrisy after aligning'

BM accused of hypocrisy after aligning 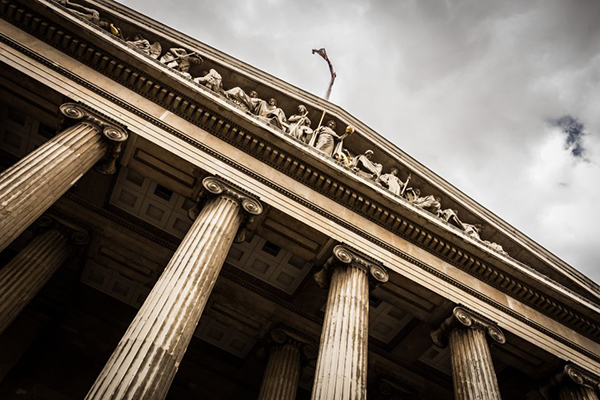 London institution was criticised for proclaiming that it “stands in solidarity with the Black community” while continuing to resist calls to restitute colonial-era loot.

“We are aligned with the spirit and soul of Black Lives Matter everywhere,” said the 5 June statement from Hartwig Fischer, the director of the British Museum. The protests at the “shocking” death of George Floyd “have brought home how deep the experience of racism is for so many in our societies,” he said.

Thousands of Twitter users responded describing the museum’s words as empty and hypocritical. About a thousand have been archived by Dan Hicks, a curator at the Pitt Rivers Museum and Professor of Contemporary Archaeology at Oxford University, under the Twitter handle @BrutishMuseums.

“Look, I love you guys, but maybe you ought to sit this one out,” said one Twitter user, Jeff Pearce, a novelist and historian. “Unless you plan to return the looted Ethiopian treasures, the stolen Elgin Marbles and permanently return the Benin Bronzes. 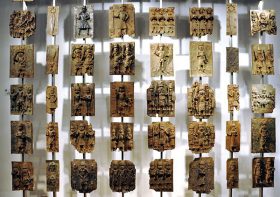 The British Museum has resisted calls to return objects from the Royal Palace of Benin, which were looted by British troops in 1897 © Andreas Praefcke.

Arvind Ravikumar, an assistant professor of energy engineering at Harrisburg University of Science and Technology said he’s “appalled at the hypocrisy of the British museum when a large part of their collections are the direct result of looting African and South Asian treasures.”

Fischer pledged to “continue to research, acknowledge and address the colonial history of Britain and its impact on our institution” and to “reconsider, rethink and rebalance the display of the collection” to include a greater diversity.

His statement did not include any mention of repatriation or restitution, though drew attention to a series of debates led by the former deputy chair of the museum’s trustees, Bonnie Greer, titled Era of Reclamation.

“I’m flabbergasted,” wrote Mona Hakimi, a teacher of African studies. “Of all the imperial institutions with their BLM marketing ploys, the British Museum truly takes the cup.”

“Going by the comments, I’m not sure this one is working out quite how they thought it would,” wrote Twitter user Bobby DJ BobaFatt. “Time to give back the swag, guys!”