April 10th, 2020 | Browse other: News. | Tagged with: an unprecedented week for London museums, Top UK Museum Directors Reveal What It Takes to Put an Art Institution on Lockdown | 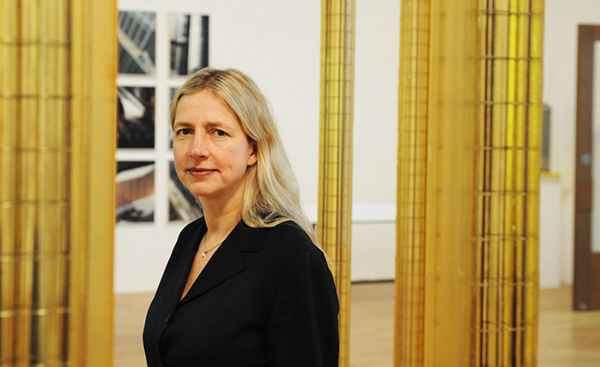 Iwona Blazwick OBE, director of the newly re-opened Whitechapel Art Gallery in London, during a media preview to promote the gallery’s extension which has cost 13.5 million. (Photo by Ian West – PA Images/PA Images via Getty Images).

Javier Pes, ‘Nothing Prepares You for This’: Top UK Museum Directors Reveal What It Takes to Put an Art Institution on Lockdown, 27 March 2020

Hartwig Fischer, Maria Balshaw, Iwona Blazwick, and others lift the curtain for Artnet News on an unprecedented week for London museums.

The directors of London’s biggest art museums, like many of their colleagues across Europe and North America before them, were faced with little choice but to abruptly close their institutions last week as the global health crisis deepened. But unlike their peers in several European countries and American states, who were told to shutter by their governments, the UK’s arts institutions had to make that tough call themselves. After a frantic few days, in which one institution after another closed its doors, directors shared their thoughts with Artnet News about the role of museums in this emergency, the challenges ahead, and their hopes and fears about what the world will look like on the other side. The director of the British Museum, Hartwig Fischer, summed up the feelings of many when he called the crisis “the biggest challenge we’ve faced since the war.” 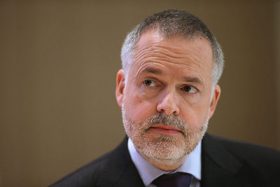 Closing the museum is difficult and very emotional, of course. But we went fast. There was absolutely no alternative. We have all sorts of scenarios that we have developed over the years, but something of this magnitude is a different dimension. We have a crisis plan that kicks in, and priorities in front of us—staff, visitors, security—but a pandemic as it is evolving right now is a new experience.

We must make sure that those who do fall ill have the care that they need. But I think that it is very important that our museums are capable of shaping something in the face of this immense adversity. I think that is what we will focus on, offering opportunities to think about humanity in a deep historical dimension and look at how people have faced challenges, how they have got on top of them, and how they managed to heal. My hunch would be that in moments of deep crisis and insecurity, cultural institutions will play an important role in recalibrating how we think, how we feel, and how we live our global human community. 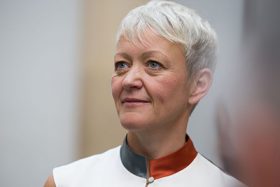 Maria Balshaw, director of the Tate

Every director is sharing how they are managing. A Whatsapp group is now alive in a way that it wasn’t a week ago. They are all paying their staff, dealing with them properly. They are sharing ideas, and protecting the ecology of galleries across the UK. It seems to me an inspirational response.

It is the time to be looking after people and the creative spirit of the nation. We are focusing our efforts on that. All of last week, the digital team and the curators who feed into it have been working around the clock. Because we closed, the BMW Live performances were not able to happen last Thursday [as planned], but one of them, by Faustin Linyekula, was performed for the camera. It feels like an amazing piece to be sharing. We will definitely be showing Andy Warhol remotely for people who cannot come to the exhibition. While we cannot have our doors open, we will learn to do some new things. We’ll be able to have a different kind of dialogue with our publics. We’ll have expanded by the time we open. 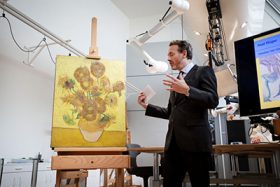 Axel Rüger, chief executive of the Royal Academy of Arts

We decided on Tuesday morning to close by the end of the day. For such a large organization, that’s like a screeching halt. Nothing prepares you for this. It is new for even the old hands in the business. We are all feeling our way through. No one really knows when we might be allowed to open, or in what fashion. There may be a gradual introduction of public life rather than a sudden throwing open the doors and rushing outside. At the moment, we cannot really say much. We are working very hard to assess the whole program. The Royal Academy relies on [revenue from tickets for] its exhibition program, probably more than our peers, so we need to think very carefully about this. We are very mindful of our Academicians. The Summer Exhibition, which is the main vehicle through which the RAs sell their work, has never, ever been cancelled.

We want to remain in touch with our audiences through our digital channels. We hope to involve our community of artists in this. That is a great strength. It is all about online engagement these days. 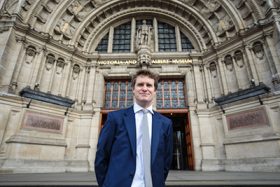 Tristram Hunt, the director of the V&A in London. (Photo by Jack Taylor/Getty Images).

A situation like this exposes all sorts of unexpected and terrifying things. Like everyone, we thought this was an Asian challenge. In fairness, the level of lockdown in China meant we thought that it would be contained very effectively. But looking back, clearly international travel should have been curtailed much earlier.

It is hard to be optimistic about reopening by May. The notion that they will be playing [professional] football by April seems bizarre. Could we get back to some notion of normality by the fall? That is what we have to be thinking about, but the consequences are going to be long-lasting. The doors will reopen, but the legacy costs will be much harder to shift. We understand that critical care beds in the NHS are top of the hierarchy of needs, but we will be losing millions and millions of pounds. It will be incredibly difficult to do what we seek to do without government support.

I think people will want us to be vibrant institutions in the aftermath of this. People will be desperate for sociability. They will be desperate for a sense of the authentic, and the original, having been stuck to their screens for possibly three months. There will be a thirst for the human instincts from which museums flow, for identity, materiality, and interconnectedness. 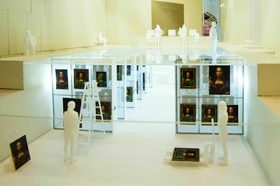 As a community, we are pretty resourceful. People are being really inventive to find other ways to connect to our publics and our artists. We have 22 partners around the world in the Artists’ Film International, a consortium that nominates films from their regions. We can present them online. That has been a fantastic thing. We can go back over all our artists’ talks and podcasts and make them available. It has made us aware what an incredible sound archive we have. We had just opened a new restaurant, but they have risen to the challenge and said, “Right, we’ll do takeaways.” It is like movies on demand with great food. We are trying to keep everybody’s minds and souls fed. I hope all of us can offer some solace, some transcendence, and some thoughts about the future.

It feels like nature is saying “enough” somehow. It is also as if the tables have been turned on the Global North. It is suffering the most now from the effects of mass globalization. That is something that we need to reflect upon as we survive, which I’m sure we will.