You are here: Home » Articles filed under: 'News' » Article: 'Is Queensland the next Creative State?'

Is Queensland the next Creative State? 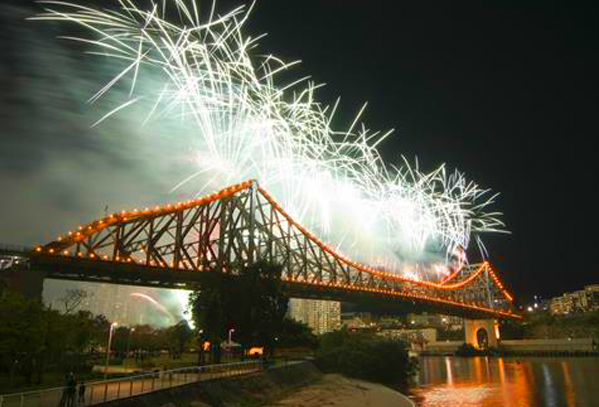 Richard Watts, Is Queensland the next creative state?, ArtsHub, 30 May 2017

Since 2006, the number of Queenslanders whose main occupation is a cultural one has increased by 9%, with most of them working in the arts.

Once so common a trope as to have inspired a feature film, 2007’s All My Friends Are Leaving Brisbane, the notion that creative Queenslanders have to move south to Sydney or Melbourne in order to sustain a career appears to be declining.

Anecdotal evidence, including the growth of the festival sector in Brisbane, the Gold Coast and beyond, is backed up by data collected by the Australian Bureau of Statistics and published by Arts Queensland, which documents a 9% percent increase since 2006 of Queenslanders whose main occupation is a cultural one – with the arts the main driver of such growth.

So could Queensland be poised to wrest the much-vaunted ‘creative state’ title from one of its more populous southern cousins? And why are we witnessing such a boom in the state’s creative sectors?

Kevin Wilson, Curator, QUT Art Museum pragmatically suggests that one of the reasons for Queensland’s creative growth is that Sydney and Melbourne have become too expensive for artists to live in. He also points to a sense of regeneration, as Queensland artists and organisations recover from the arts cuts inflicted by the previous LNP Government.

‘I think that there was a real sense of depression in the arts community with the Newman Government … [Now] l think that the new breed of artists are starting to build from scratch and you will see more artist initiatives popping up. The Gold Coast has gained some momentum in the arts via the Commonwealth Games and generally in Queensland, gradually more public art is again being commissioned (now regional areas are pulling their weight),’ Wilson said.

Hamish Sawyer, Gallery Curator, Caloundra Regional Gallery, believes that Queensland has ‘a younger culture than Sydney or Melbourne,’ resulting in a greater willingness to take risks and try something different.

‘A good example of this is the Queensland Art Gallery’s decision back in the early 90s to focus on contemporary art from the Asia Pacific region, with the Asia Pacific Triennial. At the time no other institution was looking at the culture of the region and even now the APT is a clear point of difference and strength for QAGOMA,’ Sawyer said.

Read: The art of migration travels to regional Queensland

Like Wilson, he also believes that the high cost of living in other states is having a positive impact on Queensland. ‘The cost of living in Sydney and Melbourne and improvements in technology have also played a role in keeping creatives in Brisbane or encouraging them to return. It’s [also] much easier to be connected with what’s going on elsewhere now than it was previously,’ Sawyer added.

It would be easy to mistake the state’s artistic vitality as a new development, but Queensland has always been a creative state, as Cr Geoff McDonald, Toowoomba Regional Council points out.

‘When we start to discuss all these things we need to look to the past to appreciate the kind of future that we can have. All those people who have been at the top of their game in any genre of art and who have come from Queensland, it doesn’t go understated to say we are certainly a creative state when it comes to the arts,’ said McDonald.

‘Toowoomba had the first national female pianist in Australia in the 1800s. There’s a whole heap of history like that to be uncovered. I think it is about the rich tapestry of Queensland that we have, it comes from our geography or landscape, it is through the different cultural backgrounds that we have, it is certainly our Indigenous heritage which is very strong and equal to any other state,’ he said.

Read: Why our cultural centres can be regional

That Indigenous heritage is celebrated at Cairns Indigenous Art Fair (CIAF), a three-day festival which draws crowds in excess of 50,000. While the traditional tourism model focuses on the state’s beaches, reefs and rainforest, CIAF represents a valuable opportunity to experience the culltural and creative side of Queensland.

Vanessa Gillen, General Manager, CIAF said: ‘It’s about getting exposure for our artists on a national scale. These art communities are so remote they are not really that available, but you can see them all at once at CIAF.’

Visitors to Queensland Art Gallery (QAG) also have the opportunity to see an important overview of an artistic movement – in this instance works by the iconic American painter Georgia O’Keeffe and pioneering Australian artists Margaret Preston and Grace Cossington Smith.

Now in its final weeks, O’Keeffe, Preston, Cossington Smith: Making Modernism is a rare opportunity to examine the work of three artists whose practice was coming of age in the 1920s and 30s, decades of great social change and transition. The resonances with contemporary Queensland are obvious.

‘We didn’t choose Preston and Cossington Smith because they were women – they were great artists,’ said Lesley Harding, curator at Heide, where the exhibition was first presented. ‘These three artists made contributions that didn’t emphasise their gender but encouraged people to look at their work from other positions,’

Read: The familiar can also be radical

David Pratt, Chief Executive of Queensland Symphony Orchestra (QSO) is a relatively recent arrival to the state, and said he was initially surprised by the vitality of its creative sector.

‘Coming into this community, I just didn’t understand the depth, the quality and the range of artistic programming in this community. It’s quite extraordinary,’ he said.

QSO is keen to do more to help the sector grow, Pratt added. ‘It’s important for us as an orchestra, where we use obviously our core orchestra but also casuals and other talent, that we access that talent and we keep them engaged in the things that we’re doing as Queensland’s largest performing arts organisation.’

Positions Vacant » View All
» Ticketing Services Coordinator – MAAS
» Assistant Project Officer – MAAS
Latest News » View All
SMG climate focus in lead-up Cop26 Glasgow
- challenges remain with sponsorship Read more.
Council for Human Future livestream 21-22 Mar
- global discussion of humanity’s megarisks Read more.
Scientists vocal about warnings to
humanity Optimism & challenges of ghastly future Read more.
NFSA & NLA National Collections Mgt
- ANAO positive Follow-on report Read more.
QVMAG & TMAG sign MoU
to further arts and history in Tasmania Read more.
Top +
Council of Australasian Museum Directors, c/o Ms Daryl Karp, Museum of Australian Democracy at Old Parliament House PO Box 3934 Manuka, Australian Capital Territory 2603 Australia, © CAMD 2021
Copyright: All information and resources provided on this website remain the copyright of the Council of Australasian Museum Directors. Permission is granted for viewing and downloading for personal and not for profit purposes. Those wishing to reproduce any materials for commercial, educational or other uses are requested to contact us.
Disclaimer: The content of this website is provided for information purposes only and is not intended as a substitute for professional advice. No claim is made as to the accuracy or authenticity of the content of the website. The Council of Australasian Museum Directors does not accept any liability to any person for the information or advice (or the use of such information or advice) which is provided on this website. The information on our website is provided on the basis that all persons accessing the site undertake responsibility for assessing the relevance and accuracy of its content. No responsibility is taken for any information or services which may appear on any linked web sites. Hostgator.
.