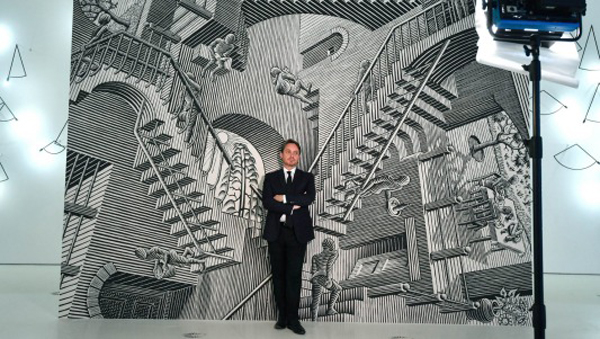 NGV director Tony Ellwood wants every exhibition to be a blockbuster. Joe Armao.

The success of Tony Ellwood’s leadership of the National Gallery of Victoria (NGV) can largely be measured by the numbers.

It wasn’t long before the master persuader and curator with the populist touch put the NGV’s turnstile supremacy beyond doubt.

The 3.3 million visitors to the Southbank gallery in 2017-18 was more than double the number who visited the Art Gallery of NSW.

“We are now the 16th-most-visited gallery in the world. Even in the last financial year it has been more than a 17 per cent increase. It’s a radical transformation,” Ellwood tells BOSS.

“We have had this complete focus on broader reach, unique content, an increase in quantum of programming, greater rotation of the permanent collection, higher customer service standards and very strong emphasis on retail and philanthropic growth.”

Thanks to Ellwood’s record of delivering “blockbuster” exhibitions such as Van Gogh & The Seasons and The House of Dior: Seventy Years of Haute Couture, trading revenue came close to surpassing the gallery’s $47 million of government grants. This grants-to-box-office ratio was closer to 2:1 when he took the helm.

More important than putting the balance sheet into the black, according to the BOSS True Leaders judges, is the democracy Ellwood has brought to an institution once regarded as “largely academic and rather elitist”. It is a model that galleries around Australia are scrambling to replicate.

“Some institutions have previously said they want to do [a blockbuster] every 18 months but my view is they should be one after the other,” Ellwood says.

He has talked of wanting to create “meaningful and heartfelt experiences” for demographics that aren’t traditional gallery-goers, such as children, the elderly and people from outer suburbs and disadvantaged backgrounds.

He lists NGV’s recent contemporary art and design exhibition Triennial and the current MoMA show as big achievements. They have contributed to the recent state government announcement to build Australia’s largest contemporary art gallery as part of a new arts precinct around the NGV.

“It gets the monkey off our back that a general audience isn’t into contemporary art. We now have the evidence to say 1.3 million from our own country can come to an exhibition [Triennial] on contemporary art.”

A Master in Museum Studies from Deakin University, Ellwood was a bartender and a youth social worker before scoring his first arts job as a co-ordinator at Waringarri Aboriginal Arts Centre in the Kimberley, then leading the redevelopment of the Bendigo Art Gallery.

“I felt I had a lot to prove and a lot of people made me prove it but that made me more resilient. It hasn’t been an easy path.”

Judges’ comment: “Tony has made the NGV a real part of the community instead of something that was quite elitist.”