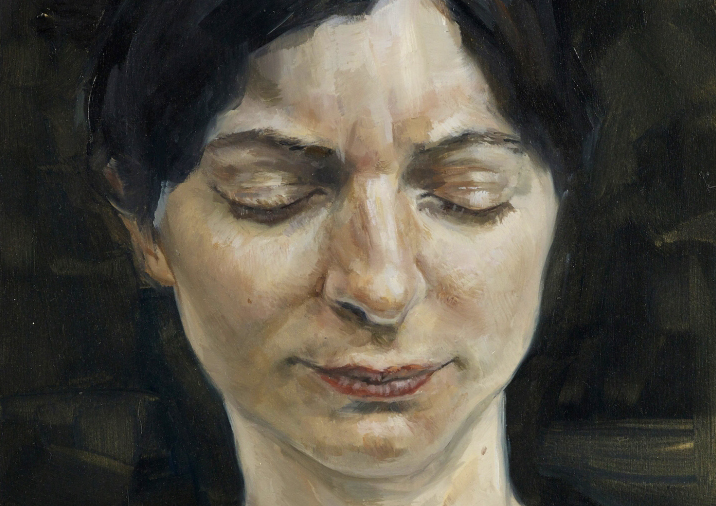 In June, the New Zealand artist Henry Christian-Slane received £7,000 (~$9,240) when his painting won the BP Young Artist Award, one of the prizes given as part of the annual BP Portrait Award hosted by the National Portrait Gallery (NPG) in London. Today, he announced that he would be giving a portion of that prize money to Greenpeace, to protest the award’s role in promoting the controversial oil company’s image.

“It’s a prestigious award, and I was happy to receive it, but I’m not happy about being part of BP’s PR strategy,” the 26-year-old wrote in a guest post on Greenpeace UK’s website. “And so as a symbolic act, I am donating £1,000 of their prize money directly to Greenpeace projects that aim to protest BP’s further extraction of fossil fuels from the Earth. I hope this action will help keep the issue of BP’s role in climate change from being overshadowed by their contribution to the arts.”

Protestors, namely those belonging to the Art Not Oil coalition, have long called for the NPG to end its sponsorship deal with BP. They argue that such deals provide “cheap PR” for the oil giant as BP continues deepwater drilling projects despite detrimental effects on the environment as well as on local communities affected by this work. In June, the research group Culture Unstained published a report that outlined the company’s multiple connections to foreign regimes that violate human rights in countries from Azerbaijan to Indonesia. Artist protest group BP or not BP? emphasized some of these violations in a protest it staged last week.

One could argue that an artist opposed to BP’s sponsorship of the contest should perhaps not have entered it in the first place. The museum puts out an open call every year for anyone 18 and over to participate in the contest, which has an entry fee of £40; Christian-Slane’s oil portrait of his partner, “Gabi,” was one of 2,580 entries submitted for this year’s Portrait Award, which also grants money to first, second, and third place winners of the eponymous prize as well as to one winner in a third category. Hyperallergic reached out to Christian-Slane about why he ultimately decided to submit his work but did not receive a response.

This is not the first time the prize has been the subject of protest, although others in the past have taken a more dramatic route: in 2015, masked men attempted to remove an oil painting from the gallery wall in what was reportedly “a hoax heist in an apparent protest” against BP’s sponsorship of the portrait award.

As for the rest of Christian-Slane’s prize money, he notes in his post for Greenpeace that he will be using it to make art “as a way to effect positive change and contribute to culture.” His portrait is on display at the museum, along with other winning paintings, through September 24.