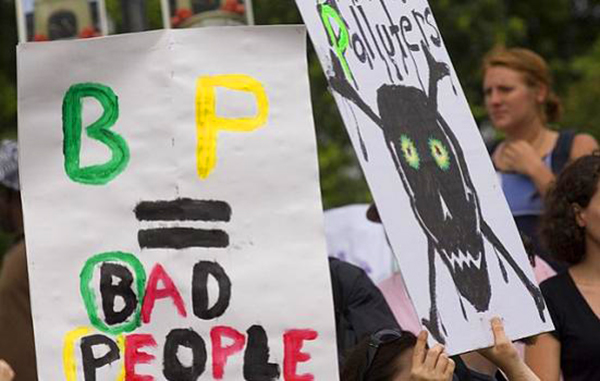 BP boss Peter Mather said the company should be judged on its efforts to address climate change, not its carbon footprint. Photo: Derek Bridges.

The Head of BP in the UK said the company’s sponsorship of the arts is helping to further the public debate on climate change.

British Petroleum (BP) will lose its moral “licence” to sponsor the arts if it does not make rapid changes to its business model, the UK head of the company has suggested.

Speaking at a public forum in Westminster this week, Peter Mather said “the most important debate of our generation” – climate change – was best served by BP continuing to sponsor major institutions like the British Museum, National Portrait Gallery and Royal Opera House, rather than “demonising” the company for its contribution to carbon emissions.

“In our view, the reality is that the arts need a plural approach to funding to continue the access we have talked about for the general public.

“The government is going to have increasing priorities [in other sectors] and I will be surprised if we see any increase in the budget [for the arts],” Mather said. He added that pressure on household incomes means many people may struggle to contribute financially to the arts.

But he acknowledged BP must do “a hell of a lot” to meet its commitments to reduce investments in oil and pursue a “rapid transition” to renewable energy.

“If I come back in five years and we’re just doing the same thing in oil and gas, then I think might have lost our licence to operate in this [arts sponsorship] space.”

Mather implored the audience focus on BP’s current efforts to change rather than its track record, which includes several environmental disasters: “I wouldn’t just judge on the past; I would judge on whether companies like mine are doing the right thing.

“I just think you have to look, you have to judge companies on what they are doing and their ambitions in that [environmental] space.”

The company cut its sponsorship links with BP in October after its Associate Director Sir Mark Rylance resigned over the issue and young activists refused to accept tickets subsidised by the oil and gas giant.

Garrard cited this as an example of a “poorly judged partnership” that alienated a group that BP and the RSC were trying to welcome.

Young people “did not feel comfortable” benefitting from BP’s sponsorship, he said: “it was really clear in that case that that just didn’t work ethically.”