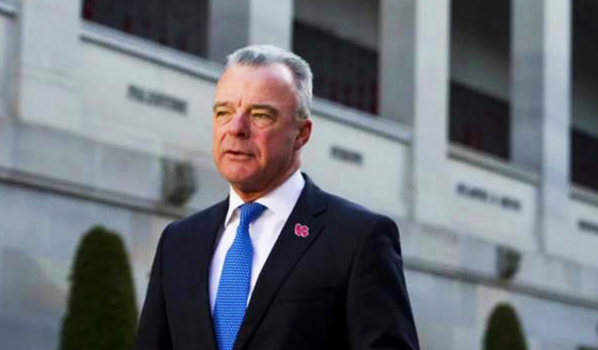 Australian War Memorial director Brendan Nelson has leapt to the defence of the memorial’s driving force Charles Bean, after dozens of people objected to the ACT’s new federal electorate being named in his honour.

In a letter to the editor published in The Canberra Times on Thursday, Dr Nelson said objections to naming the electorate after Bean “ignore much of the man’s life, contribution and character”. 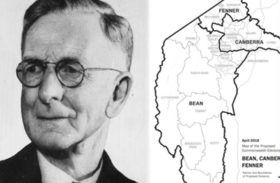 The Australian Electoral Commission announced last month that the new federal electorate would be named after Australia’s first official war correspondent Charles Bean, who was also a driving force behind the establishment of the Australian War Memorial.

On Monday the commission published more than 70 objections to naming the electorate after Bean, due to his efforts to stymie the promotion of General John Monash through the ranks of the Australian army, which were in part because of Monash’s Jewish background.

Dr Nelson does not resile from Bean’s campaign against Monash, but told Fairfax Media on Wednesday that Bean was a product of his time and that he since decided he was wrong.

“It was Keith Murdoch who was the main protagonist in trying to frustrate Monash’s ascendancy into the leadership of the Australian corps in 1918, Charles Bean certainly went along with it,” he said. The nation was deeply divided along sectarian lines at the time, Dr Nelson said.

“Bean then, particularly in the ’20s, realised he was wrong and he said so publicly and also in his writings, and in fact ended his life with great admiration for Monash himself.”

“By the early 1940s Bean actively campaigned for a Jewish refuge in Australia. He wrote, ‘I don’t see how we can decently refuse these courageous people the chance to have a go and become the good Australians they want to be’, the letter states.

Bean’s role on the frontline and dedication to remembering the contribution of Australia’s soldiers deserved to be remembered, Dr Nelson said.

“Bean landed with the Australian troops on Gallipoli on April 25, 1915. He stayed with them at the front through the entire war, refusing evacuation when he was wounded. At Pozieres the following year he was witness to 23,000 Australian casualties in just six weeks. A dying Australian asked him, “Will they remember me in Australia?” From there he conceived and subsequently built the Australian War Memorial.”

Dr Nelson said that he was not commenting on the worthiness of other names put forward for the electorate, but wanted to correct the record when it came to the legacy of Charles Bean.

“It’s time that he was honoured, and honoured in this way,” he said