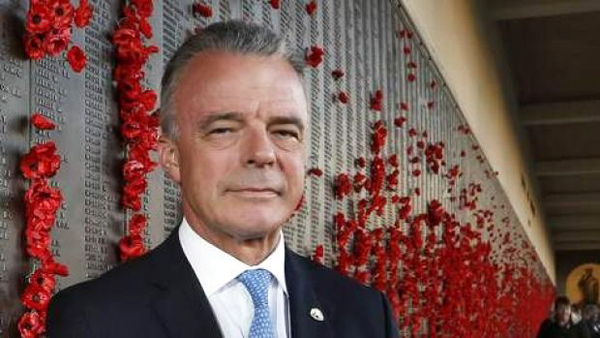 The Australian War Memorial director has stressed the memorial is apolitical after attracting controversy for suggesting an exhibit recognising navy personnel involved in boat turn-backs.

Former Liberal-leader Brendan Nelson said the memorial should house a contemporary exhibit for navy personnel which would include a part on boat turn-backs during Operation Sovereign Borders.

“We’re not about to have an exhibition on border protection,” Dr Nelson said.

“[The memorial is] completely apolitical. This is an institution that is free of party politics.”

Operation Sovereign Borders was a controversial policy implemented by then-Prime Minister Tony Abbott and criticised by United Nations representatives for turning back boats with asylum seekers on board bound for Australia.

Dr Nelson said he did not want to put the memorial in a position where it was a cheerleader or critic of government.

He initially suggested the exhibit to The Australian which he said “took an egg beater” to his comments, focusing on a small part of the $500 million redevelopment.

Dr Nelson told Fairfax Media the suggestion had nothing to do with his ties to the Liberal party, who initiated the controversial policy, and “everything to do with my immense respect for the men and women of the Australian Defence Force”.

The director drew the criticism of Greens leader Richard Di Natale who said Operation Sovereign Borders had no place in the memorial.

“In decades to come, Australians will be ashamed of the policies maintained by the Australian government during this era – and commemorating it alongside our courageous Anzacs is wholly inappropriate,” Mr Di Natale said.

The exhibit has not actually been planned but Dr Nelson said it could be part of a larger exhibit on Navy personnel defending Australia’s borders.

He pointed to his own experience on one patrol boat as then-defence minister in 2006, where the personnel were confronted by a machete wielding man who was fishing illegally off Australia’s coast.

“It’s just extraordinary what these men and women do,” Dr Nelson said.

“We’ve had sailors who jumped into the sea to save drowning people.”

“In the context of thinking about the future … one of the stories that needs to be told is of the men and women of the Royal Australian Navy’s patrol boats.”

But Dr Nelson said more visibility of what defence personnel were doing would help Australians understand their experience.