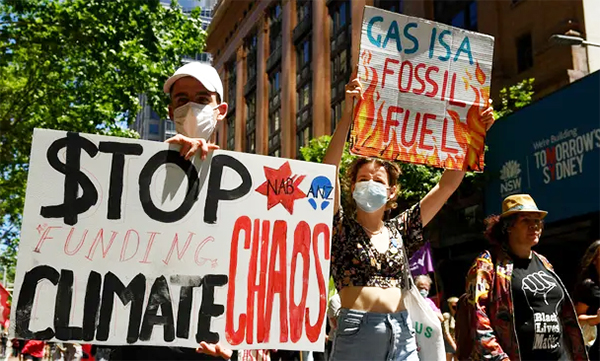 A Morrison government decision to veto some academic research funding grants had made it harder to attract international talent to Australia’s top-ranked university, a Nobel laureate has told a Senate inquiry.

In late December, the acting education minister, Stuart Robert, vetoed six Australian Research Council (ARC) grants in the humanities that had been recommended for funding, on the grounds that they did “not demonstrate value for taxpayers’ money nor contribute to the national interest”. The decision drew widespread condemnation from academics, ​​writers and intellectuals in Australia and internationally.

The vice-chancellor of the Australian National University and a Nobel prize winner for physics, Prof Brian Schmidt, told a Senate inquiry into the issue that the “independence of the research grant process is a core part of how liberal democracies work”.

He said humanities and social science research helped “build cultural awareness and an understanding of our society, which is clearly in the national interest”.

“Elected politicians must of course be accountable for the use of public money, but we believe ministers’ decision making should in most cases stop at the point of deciding how much money Australia will invest in research and in what area,” he said.

“This is more fundamental than issues of parliamentary process. It is about the health of Australia’s democracy and the vibrancy and resilience of our research system.”

Schmidt said the ministerial veto powers had become a problem for recruiting talented international researchers, with some having “expressed their concerns to the point of saying: ‘I am not going to come to Australia until you sort this out.’”

“Those are conversations I’m having with people at the highest level of institutions globally,” Schmidt said. “It is literally affecting my ability to attract talent to Australia.”

The inquiry was initiated by Greens senator Mehreen Faruqi, who has introduced a bill that would remove ministerial right to veto ARC grants that had been recommended for funding via peer-review processes.

Faruqi noted that of the 80 submissions received by the Senate education and employment legislation committee, only three organisations opposed the bill: the ARC, the federal department of education and rightwing thinktank the Institute of Public Affairs.

Four Coalition ministers have vetoed research grants that were selected for funding after a competitive review process led by the ARC’s college of experts. In 2020, the then education minister Dan Tehan vetoed five grants on national security grounds; 11 were vetoed by Simon Birmingham in 2017 and 2018. Brendan Nelson was the first to exercise the ministerial veto power in 2005.

Many who spoke at a public hearing on Wednesday described the “chilling effect” ministerial vetoes had on academic independence.

The chief executive of Universities Australia, Catriona Jackson, said: “You wouldn’t ask the captain of Australia’s netball team to make a decision about the people who should be on the cricket team.

“We respect the – in some cases, decades-long – expertise of those people in the college of experts to make very fine judgments about matters of … very complex research.”

The deputy vice-chancellor for research at the University of Melbourne, Prof James McCluskey, said: “It can be bitterly demoralising and utterly bewildering when a grant recommended for funding by the college of experts is rejected apparently on the basis of a 150-word national interest test.”

McCluskey and several others made reference to the Haldane principle, which suggests researchers rather than politicians should decide where research funds are best spent. “The Haldane principle was enshrined in the UK legislation, whereby research councils are autonomous and there is no ministerial power of veto,” McCluskey said.

The president of the Council for the Humanities, Arts and Social Sciences, Prof Dan Woodman, said: “The best defence for our record of research excellence and academic freedom we think is something like this Haldane principle.”

“It recognises the absolute need for ministerial input into the higher-level decisions about where money is allocated and under what criteria, but it states that the granular decisions about individual research proposals … should be taken by researchers themselves through peer review.”

Woodman said that ministers had only deployed their veto powers in relation to applications from humanities and social sciences.

The acting chief executive of the ARC, Judi Zielke, told the inquiry: “Peer review is the backbone of identifying quality research and robust research assessment.”

“Nonetheless, as the ARC is spending public money, we also have other considerations which we must take into account,” she said.

Asked by Faruqi whether she accepted that the ARC appeared to be out of step with the research community, Zielke – who has been in the role for five weeks – said she understood researchers’ concerns that a ministerial “response in this way does lead to a lack of credibility”.

“I think that’s something that the ARC needs to step up and improve its communication in relation to,” Zielke said.

A public petition in support of the proposed legislative amendments has gained thousands of signatures.