You are here: Home » Articles filed under: 'News' » Article: 'Bring out your dead'

Bring out your dead

January 15th, 2016 | Browse other: News. | Tagged with: Bring out your dead, environmental sustainability | 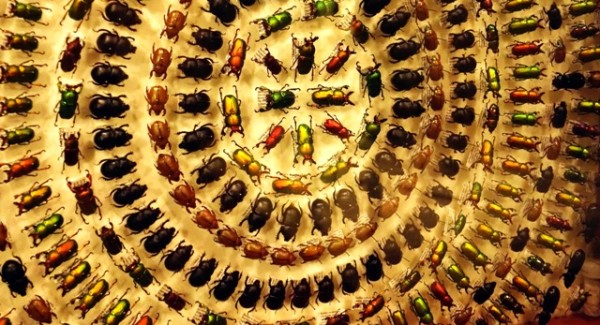 At a recent talk at a conference on environmental sustainability curator of natural history, Jan Freedman highlights the importance of museum collections in understanding the past when it comes to changes in habitat and species

I was extremely flattered to be invited to speak at the South West Federation of Museums & Galleries one day conference on environmental sustainability earlier this month. This is a big topic for museums because it is a key requirement for their accreditation. (Defining good practice, accreditation is the standard for museums and art galleries in the UK.) Examples of how to reduce energy in museums, along with examples of working with visitors to engage with sustainability were discussed on the day.

My talk ‘Bring out your dead’ focused on the collections and how they can contribute to current research into environmental issues. What is wonderful about natural history collections is that (in most cases) they have information with the specimens. We are able to see when they were collected, where from, who collected them and sometime other bits of information. A specimen with this information is a record of when that individual was alive, be it 10 years ago or 100 years ago. A beetle without a label is just a beetle, but with a label, we can open a door to the past.

There are many examples of using museum collections for environmental research. Probably the most often quoted study by museum curators was back in the late 1990s which used hundreds of eggs from Thrushes. Measuring the egg shell thickness in museum collections allowed the researchers to show that they got thinner over time. The thinning wasn’t directly caused by pollutants (like the pesticide DDT) in the environment, but may have been due to the pollutants effect on the thrushes prey (reducing the calcium intake resulting in a knock on effect to egg development).

A recent study used natural history collections in museums for a fascinating look at the peppered moth. This little lepidopteran is an icon of adaptation in modern times. The original lighter coloured moth was common in the countryside, where their light colour blended in well with lichen camouflaging them from predators. Darker variations were more common in cities where pollution clung to trees and the lighter coloured individuals were picked off easier. In 2011, some very funky research was carried out. Using just one leg from a myriad of museum specimens, the researchers were able to genetically map the darker variations. Instead of several separate mutations over the country, the darker moths were a result of just one mutation, and this spread across the UK.