You are here: Home » Articles filed under: 'News' » Article: 'Bringing them home' 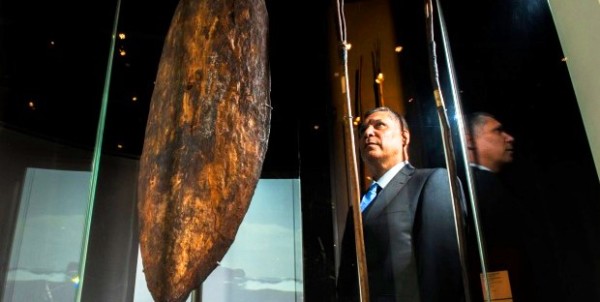 The National Museum of Australia’s ‘Encounters’ and the politics of collection.

The English took the place without consent.” Harley Coyne, a Noongar man in his late 50s, was speaking to me in early November from Albany, on Western Australia’s southern coast. His country, that of the Menang people, extends around King George Sound, the striking inlet that now cradles the city. The first decade or so of contact in the area had been notably harmonious, Coyne explained, but relations shifted dramatically as pastoral settlement gained momentum in the late 1830s. As hunting grounds were compromised, conflict ensued. “Things were good, initially,” he said, “but then things got tricky and stayed that way for a very long time.”

As familiar as the story is, it makes a small group of objects that are held in the vast stores of the British Museum (BM) in London all the more resonant for Coyne’s community. They were collected in that brief window when Noongar and settler worlds approached something close to parity. Not only did Coyne’s ancestors once handle them, but the objects also speak of the short-lived promise that initially attended the region’s settlement. As Coyne pointed out, they represent “a process of sharing, of reciprocity”.

I’d seen three of them – two graceful long-handled knives and a small hafted stone axe – earlier that morning during a preview of Encounters: Revealing stories of Aboriginal and Torres Strait Islander objects from the British Museum, the new exhibition at the National Museum of Australia (NMA) in Canberra (until 28 March 2016). They struck me as humble, utilitarian things, worn smooth by many hands. Collected in the 1830s, they made their way slowly to London, and eventually to the BM, where they languished unexhibited for close to 150 years. In Canberra they join 148 other objects from the BM’s 6200-item Australian collection, along with contemporary and historic pieces from the NMA. It’s as close as they’ve yet come to returning home.