April 23rd, 2020 | Browse other: Case Studies, News. | Tagged with: What does the crisis mean for museum membership schemes? | 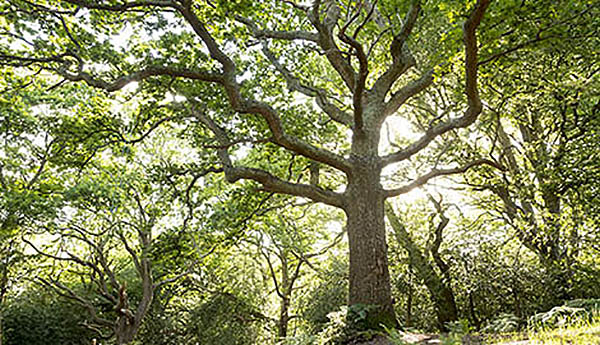 Membership schemes have long represented a crucial source of income – as well as an important advocacy and audience development tool – for many museums.

Some charities generate up to a third of all income through their members. The National Trust raised £2.63m in 2018/19, but even smaller schemes, such as National Museums Liverpool’s which raises about £82,00 a year, provide invaluable funds to help support work with people and collections.

With two key benefits of membership – free entry to charging exhibitions and member-only events – currently off the table due to the Covid-19 pandemic, how will museum membership schemes fare?

Will existing members renew in a show of solidarity and support? And will new members be willing to hand over money when there is no guarantee when they will be able to make use of it?

There are no official figures recording the financial value of membership to the sector, and the importance of schemes will vary from institution to institution.

The response to closures has also differed, with some organisations making no changes to their schemes.

Others are looking to be more proactive.

The National Trust’s FAQ section of its website states that while it doesn’t have plans to freeze membership while its sites are closed, it is offering a payment break of three months to people who pay by Direct Debit, or a 25% discount for people who pay annually and renew during this period.

“If you feel you’re able to continue with your full membership payment for the moment, thank you. This will help us to carry on with important conservation work at a time when other essential sources of income aren’t available,” the charity says.

The National Trust for Scotland, which raised £15.8m through its membership scheme last year, says some members have cancelled as a result of coronavirus. It is focusing on raising awareness of how continued support from members will help it protect the country’s special places.

Tate, which has sites in London, Liverpool and St Ives, runs a very successful membership scheme. There were 147,541 Tate Members at the end of 2018/19, contributing more than £12m – more than any other source after Grant-in-Aid.

Like many museums, Tate is freezing membership packages until its galleries reopen.

A spokeswoman for the gallery said: “We are offering all our Tate Members extended memberships while the galleries are closed and providing special additional content digitally and in print to thank them for their loyalty and support. With an increased focus on our digital offer, we are also releasing content to our members and other supporters first.”

Tate’s approach can be seen across the sector, with organisation’s focusing on retaining existing members during this time and planning new membership drives for when sites reopen.

National Museums Liverpool’s membership scheme, which offers discounts to charging exhibitions and in shops, is still open but new members will not have their membership activated until sites can welcome visitors again.

A spokesperson for the museum group says that fewer than 10 people have taken up new membership since it closed its doors, which is significantly less than the 150 new members it sees signing up on average each month. During popular charging exhibitions, the service can see more than 400 people join per month.

“We have kept online renewals open for those that wish to renew online and seen very little take-up,” the spokesperson said. “However we have advised all members that are due for renewal during the closure period that we will be in touch when we reopen to renew their membership if they choose.”

National Museums Liverpool is also working on plans and rewards for loyal members and incentives for new members for when its venues reopen.

Harewood House in Leeds, which is reliant on membership for a third of its income, has launched a new programme of online content called Harewood At Home, which includes tips from the learning team and its head gardener a well as bird keeper podcasts, videos, competitions, family activities and blogs.

Members renewing during this time will see the length of their membership increased accordingly in-line with the amount of time the venue remains closed.

National Museums Scotland, which has seen just one new membership taken out since it closed the doors to its four venues, also saw a short-term spike in existing members cancelling their Direct Debits in early March, but a spokesman says that after the organisations announced it would be freezing payments for the duration of closures, this “evened out to normal levels”.

“Some members have proactively asked us to continue taking their Direct Debits throughout the period of closure,” the spokesman said. “We are focusing on engaging with our membership online, and on bringing them content in their homes and we hope this will encourage their continued support. At present, we don’t know the implications for our long-term retention.”

The museum service has seen a huge increase in online donations since it closed, although this “in no way compensates for the loss of income we are experiencing from membership and onsite giving”, the spokesman says.