You are here: Home » Articles filed under: 'News' » Article: 'Canadian Museum of History' 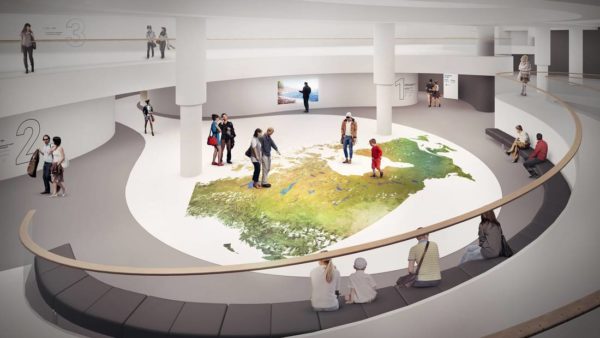 At the Canadian Museum of History in Gatineau, Quebec, historians and curators are using a $30-million overhaul to take a nuanced look at the past 13,000 years – from the migrations of the Stone Age to Syrian refugees – in a new, curvy space. Daniel Leblanc takes a look.

Canada’s biggest and most popular museum has 13,000 years of history to tell, and one beautiful curvy space in which to lay it all out.

After debating for years which stories and artifacts to showcase to millions of visitors every year – and which ones to leave out – the small team behind the ambitious $30-million Canadian History Hall is pulling the curtain on its final choices. The starting point was easy – the arrival of the first humans on what is now Canadian soil – but the ending was only recently decided: How Canada welcomed 25,000 Syrian refugees after the election of Justin Trudeau’s Liberal government.

In an interview with The Globe and Mail, senior officials at the Canadian Museum of History explained how they approached a task that seemed impossible at first blush: telling a story that includes so many seemingly irreconcilable points of view.

The answer was to strive to offer a comprehensive history of Canada that does not keep European and indigenous narratives separate, as in the old Hall, but rather allows stories from multiple perspectives to exist simultaneously. Regarding the arrival of humans on what is now Canadian territory, for example, the museum will clearly present archeological evidence going back more than 13,000 years. In the same room, the exhibition will present the “creation stories” as told in the voice of six First Nations.

“We have a history that is worthy of preservation, of expression, and within the presentation of that history, there are many perspectives that are extremely important,” said the museum’s president and chief executive officer, Mark O’Neill. “My hope is that visitors to the exhibition will feel a personal connection to history that they didn’t have before.”

The exhibition is scheduled to open on July 1, 2017, as part of the celebrations of Canada’s 150th birthday.