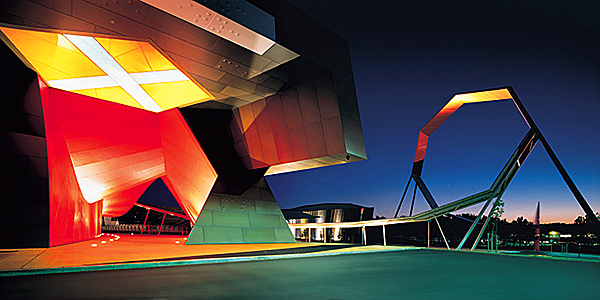 This concentration of world class attractions in one compact, lifestyle-rich and easily navigable city would have played a large part in the surge in tourism jobs in the Territory over the last year.

Figures released earlier this week by Tourism Research Australia indicate while tourism currently only accounts for 2.9 per cent of all jobs in the ACT, about 14 per cent, or one in seven, of all new local jobs came from that sector.

Proof of Canberra’s increasing popularity can be found in the fact almost three million tourists, 2.65 million from within Australia and almost 230,000 from overseas, visited here in 2017.

Canberra’s tourism boom is significant for a number of reasons; the first being it marks a welcome degree of diversification within a local economy that has long been overly dependent on the public sector.

This has contributed to an unhealthy reliance by the ACT Government on funds from the development and sale of land, and on land rates, to fund infrastructure development and recurrent expenditure.

With build-able land within the ACT’s boundaries very much a finite resource it is obvious such an approach can’t be sustained in the long term.

The Barr Government has already had to enter into joint-venture, cross-border, subdivisions.

Tourism, by itself, is not going to be enough to sustain Canberra as we move forward to the middle years of the 21st century.

This newspaper has long advocated the promotion of “smart” industries built on the back of our many excellent institutions of higher education and proximity to the national government and defence headquarters to broaden the ACT’s economic base.
While a number of companies, including Fyshwick’s CEA Technologies and Aspen Medical, have shown what can be achieved in this space, there is still much that can and should be done.

It is now almost two years since DAMsmart boss, Joe Kelly, called on the ACT Government to investigate an ultrafast broadband network.

“We need access to data networks of a gigabit (or more) of bandwidth,” he said at the time.

“When we look at technology precincts in other parts of the world in many cases they have access to even 10-gigabyte networks.”

The other take-out from the latest tourism job figures is that there is a very real risk the funding cuts being imposed on our national icons in the name of the so-called “efficiency dividend” will eventually starve the geese that lay the golden eggs to death.

Institutions such as the two galleries and the National Museum represented massive investments by the Australian public in their national heritage when they were originally established.

If they are denied the funds to expand their collections and to try new methods of showcasing existing treasures then public interest, and visitations, will almost certainly decline.

That would be a disastrous outcome for Canberra, for the public, and for the country.