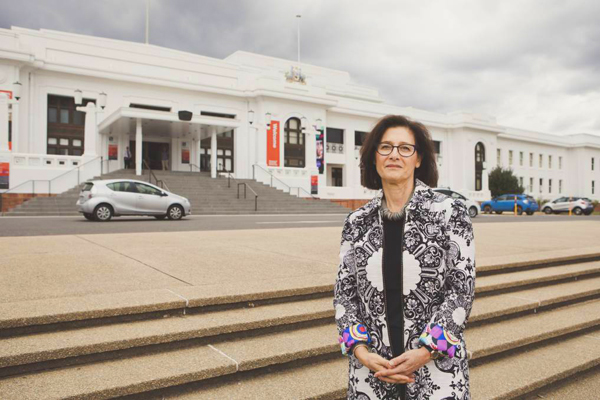 Our cultural institutions should speak with a united voice, The Canberra Times, 6 April 2019

Over the past two decades the dominant message has been around funding, or lack thereof.

The much-maligned efficiency dividend has sawn through many layers of progress and innovation, slashing exhibition programs and slowing collection capacity, in the name of efficiencies across the board, cultural or otherwise.

This message, both consistent and justified, has been rarely heeded by those at the top, with the notable exception of the Australian War Memorial. Countless articles, estimate submissions, audit reports and public pleadings have demonstrated, time and again, that Australia’s national collecting, archiving and arts institutions are, in fact, quite good at being efficient. Some are even ruthless, when ruthlessness is what’s needed.

But a report handed down by a federal parliamentary inquiry this week suggests, indirectly, that perhaps that message has been hammered home enough. It may be time to change tack.

“We have to put behind us a silo approach to advocacy. The national institutions together are a collective record to tell our Australian story, and that’s extremely important.”

“All the institutions have a role in storytelling and they need to be in one voice.”

He points out that a shared approach would see a shared collection and storage facility set up, with a shared exhibition space also flagged as a possibility for collaboration.

The inquiry heard from representatives of all of Canberra’s national institutions – among them the National Museum, the National Library and the National Gallery, and the overriding message was that all had been subjected to budget pressure over “a significant period”.

Smaller institutions had been disproportionately affected by efficiency dividends, and the report called for setting a threshold amount of smaller institutions, where the dividends would be excluded or reduced, a similar recommendation made in a 2008 joint committee report.

Mr Morton said the ability to invest further money would depend on budget management from the institutions.

They also need to reassess, and crystallise, the important role they play in telling our nation’s story, be it through literature, art, documents or film.

A focus on budgetary woes has been inevitable over the years, but the report seems to suggest that this needn’t be the dominant narrative.

Instead, there’s scope for new and refreshed buildings, and even an entirely new institution being introduced into what should now be a fold.

The addition of a natural history museum, as recommended by the report and supported by the ACT government, could force a new paradigm for the institutions sector in Canberra.

Making space for a new space, and new forum for telling our story, would be a chance for Canberra’s institutions to form a more united voice, one that advocates for the national capital, and for our cultural identity as a whole.

These institutions, who do already work together to help make Canberra what it is, help to define our national character. This should be their overriding role, even as they work to maintain their unique identities.