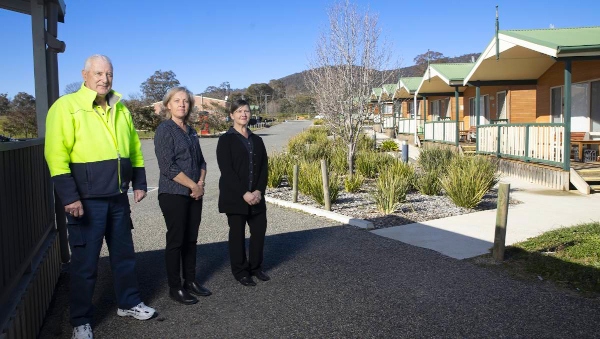 The school excursion to the nation’s capital is a rite of passage for thousands of school students from across the country.

But after coronavirus led to the number of large school visits to Canberra all but drop off a cliff, there are fears it will take months or even years for the $150 million excursion industry to recover.

While around 2000 schools visit Canberra each year, none have visited since March this year.

It’s estimated 80,000 students were meant to visit the ACT from March until the end of July, before coronavirus restrictions were introduced.

Travel restrictions, border closures and rising coronavirus cases in Victoria and NSW have meant it will still be some time before school groups return to Canberra and the national institutions such as Parliament House and Australian War Memorial.

Large accommodation sites catering to school groups have been among those hardest hit in the sector.

Manager of the Canberra Carotel, Frances Egan-Richards, said the business was relying on JobKeeper payments as well as visiting construction workers just to stay afloat.

“It’s been completely decimated by the whole COVID thing. We specialise in group bookings and none have been staying,” Ms Egan-Richards said.

“We would normally have one or two school groups a week staying.”

After the first wave of restrictions for coronavirus were instituted in March, Ms Egan-Richards said the cancellation of multiple school groups, some who had booked more than a year in advance, was like dominoes.

“It was absolutely dispiriting, the whole industry was in shock,” she said.

A similar situation is being felt by the owners of Camp Cottermouth near Stromlo, who say bookings are now almost non-existent.

Rick Goode, the chief commissioner of Scouts ACT, which operates the camp site, said the drop in school bookings was almost instantaneous.

“It was horrific, everything was being cancelled,” Mr Goode said.

“We still have a couple of bookings for later in the year, but we don’t expect those to eventuate.

“There’s bookings for September and October, but I think they’re just holding out in the hope things will ease up.”

A large amount of schools travel to Canberra with support from a federal program known as the Parliament and Civics Education Rebate, a travel subsidy for students in years 4 to 12.

Schools must visit Parliament House, the Museum of Australian Democracy, the National Electoral Education centre and the Australian War Memorial to be eligible.

A spokesman for the federal education department said the program had experienced a significant reduction in demand.

“The department is in the process of preparing a short-term policy which will allow schools flexibility to meet the PACER eligibility requirements,” the spokesman said.

“The exemption policy will take into consideration the changing advice regarding travel and group gatherings.”

Applications from schools have been made to travel to Canberra as part of the program between August and December this year, but that would be reliant on the easing of coronavirus restrictions.

Garry Watson, the project leader of the National Capital Educational Tourism Project, said more than 170,000 students had visited Canberra in 2019.

“The majority of schools are postponing their visits and seeking to transfer to when they visit,” he said.

“At first we were quite optimistic that schools would be able to travel here again towards the end of July, however the current circumstances in NSW and Victoria would mean that would be highly unlikely.”

Mr Watson said with a lack of interstate schools visiting the national institutions, many schools from the Canberra area have been able to secure spots, normally reserved from those outside the ACT.

A spokeswoman for the Museum of Australian Democracy said 40 percent of schools that had cancelled their visit due to coronavirus had done their tour virtually through an online platform.

The institution had opened up again for students from the start of term 3, as had Parliament House.