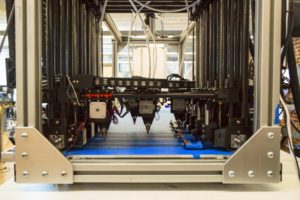 Since 3D printing went mainstream, there’s been much buzz about a future filled with 3D-printed buildings, cars, and airplanes. While there are some exciting experimental examples out there, so far, most existing 3D printers have been too slow and inefficient to mass-produce such large, complex objects.

That could start to change with Autodesk’s Project Escher, a software and control system that enables a new generation of 3D printers to build bigger and faster than existing technologies. Much faster — the updated process could speed up 3D printing by 80–90%. 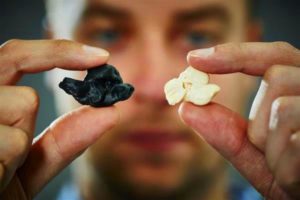 Dolphins are widely recognized for being among the most intelligent and social animals on Earth, and thanks to 3D scanning technology, scientists are a few steps closer to understanding both how and when that came to be.

Beyond jumping through hoops and performing tricks at SeaWorld, dolphins and other members of the odontocete, or ‘toothed whale,’ family, have proven the ability to learn as individuals and even pass that knowledge on to others. A key to these magnificent mammals’ evolved intelligence is their ability to hunt, navigate, and communicate via echolocation, a complex sensory system that bounces high-frequency sounds off of objects in order to reveal their size, shape, and distance in great detail, even from many meters away (it has even been compared to a sort of natural 3D scanning process.)

Scientists have known for many years that echolocation has been a crucial factor in the evolution of toothed whale species, allowing them to detect, produce and analyze high frequency sounds far beyond human and other mammals’ capabilities. In fact, toothed whales are the only marine mammals to use echolocation, and thanks to this unique ability, they have managed to spread around the globe, becoming the most diverse of all marine mammals.

However, what scientists have been left to wonder is just when did this game-changing ability first appear? What was the evolutionary path that led to the clever, playful, and quick-witted dolphins we marvel at today?

Using 3D imaging and 3D printing technology, an international team of researchers from Monash University and Museum Victoria have come closer than ever to finding out, and now believe the answer could be as much as 30 million years ago.

Given its scale and diversity, the Smithsonian’s collection of 138 million items presents a unique digitization challenge. This video showcases a conveyor belt driven imaging system digitizing 270,000 items from the numismatics collections at the National Museum of American History in a matter of months.