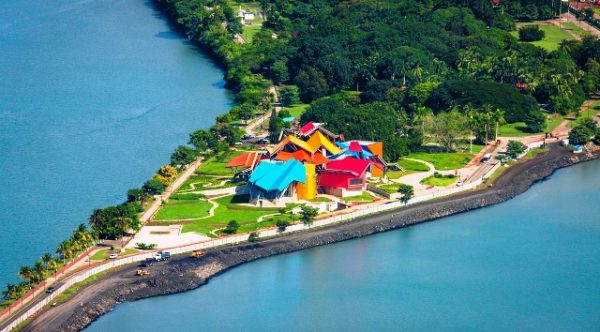 With the click of a button we now have access to a global museum, otherwise known as the internet, with its infinite collection of online images, texts, films, sound files, and even printable 3D objects. With 3.2 billion visitors each year and 2 billion of these from developing countries, the global museum has the most accessible collection, and the most diverse audience, in the world. Within this space, we can curate our own exhibitions, skimming through thousands of files, surfing an endless wave of data. The global museum is limitless—however, the human attention span is not.

In 2015, Microsoft revealed that the human attention span has fallen to an average of just eight seconds (less than that of a goldfish), and our global museum is to blame. How, then, can real-world museums vie for visitor attention—and expand and diversify their audiences? This year’s edition of the arts conference Communicating The Museum, taking place in Berlin and Quebec, will see 300 international experts from four continents explore how the contemporary museum can meet this ongoing challenge. What follows is a look at new audience-related initiatives across a handful of museums, some of which will be up for discussion at the conference.

A Museum for Climate Change in Panama
Panama’s Biomuseo is a jagged assembly of colored shapes that sits on the Amador Causeway. Opened in 2014 and designed by architect Frank Gehry and designer Bruce Mau, the building provides an immersive experience intended to reconnect its local audience with the biodiversity of Panama: the tiny strip of land that divides the Pacific and Atlantic oceans and is home to the Smithsonian Tropical Research Institute.

“Usually when museums talk about climate change, you clench your teeth as it’s not a pleasant experience,” says Biomuseo’s marketing and communications coordinator Margot López, “and so we thought—what if we take a different approach? With a little honey, it works better.” Divided into eight open-air spaces housing experiential installations—such as 14-meter-high rock formations, 10-meter-high aquariums, simulated animal stampedes, a 10-screen projection room, and a sculpture composed of plants, animals, insects, and microorganisms—the museum answers the increasing audience hunger for experiences, while communicating the importance of protecting the biodiversity of Panama, and the planet at large.