You are here: Home » Articles filed under: 'News' » Article: 'Carriageworks in trouble before coronavirus'

Carriageworks in trouble before coronavirus

May 14th, 2020 | Browse other: News. | Tagged with: Australia Council, Carriageworks was in trouble before coronavirus, COVID-19 | 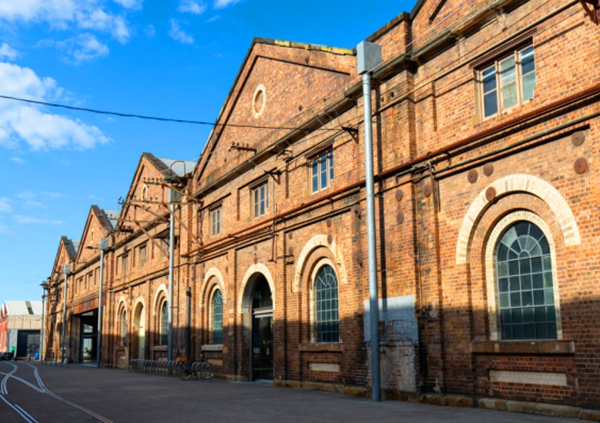 Caroline Wake, Carriageworks was in trouble before coronavirus – but this crisis could be an opportunity, 8 May 2020

Carriageworks did everything right but was struggling even in regular conditions. Now the organisation’s troubles are emblematic of an arts sector on the edge – but there might be a brighter future.

It’s sad but not surprising, as the organisation was struggling even in regular trading conditions. COVID-19 is not so much the spark, as the accelerant on a slow-burning fire. The organisation’s troubles are emblematic of an arts sector on the edge – but there might be a way forward.

From 2012 to 2018, Carriageworks only once turned a profit, according to data available via the Australian Charities and Not-for-Profits Commission. That was in 2017, when it made A$205,778.

In 2018 – the most recent figures we have – Carriageworks received $3.8 million in government grants. The rest of its income – $7.8 million – came from goods and services, donations and bequests, and other revenue. So Carriageworks was generating 66% of its own income, a figure that had since risen to 75%, according to the board’s statement on May 5.

These are the income ratios that funding agencies across the country tell arts companies to adopt. Create NSW, for instance, expects organisations seeking over $140,000 in annual support to independently generate at least 50% of their income.

While this split may work when times are good, it doesn’t when times are bad. In fact, it leaves companies exposed, which is why Carriageworks has the wobbles. Similarly, Opera Australia is considering selling one of its buildings, and other companies have stood down their staff.

Pity Carriageworks CEO, Blair French, who arrived in August. And acting chair Cass O’Connor, who joined the board in 2016.

They, in turn, are dealing with an acting minister for the arts who is also the premier, Gladys Berejiklian. Former minister Don Harwin was known to meddle and prioritise classical music. He once ran a funding round where only 2.7% of applications were successful.

In Canberra, Communications Minister Paul Fletcher is saddled with a department that does not even have arts in its title.

Though the characters may change, the structural problem remains the same: chronic underfunding. Already highlighted by Esther Anatolitis, Jo Caust, Alison Croggon, Ben Eltham, and Julian Meyrick among others, it bears repeating.

Federal funding is falling, as detailed in the Australia Council for the Arts annual report. 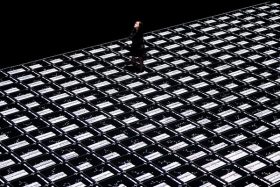 If Carriageworks can’t make it work, what of smaller organisations? Ryoji Ikeda installation micro/macro at Carriageworks in 2018. AAP/Dan Himbrechts.

Carriageworks is one of the lucky ones. It was listed in last month’s four-year funding announcements. We do not know how much they received, but we do know there is a $500,000 per annum cap – nowhere near enough to maintain a world-class, heritage-listed venue and deliver an ambitious program.

Funding in NSW is harder to track. In the past six years, Create NSW has changed names, merged with Screen NSW, and bounced between four different departments.

Figures for 2013-14 can be found in the Department of Trade & Investment’s annual report, which indicates that Arts NSW – as it was then – allocated $53 million to arts and cultural development. Figures for 2018-19 are in the Department of Planning, Environment and Heritage’s annual report, and indicate that Create NSW allocated $55.4 million in arts grants, an increase of $2.4 million or 4.5%, again not adjusted for inflation.

“I guess it’s a bit of poetry in the world.” Rebecca Baumann’s Radiant Flux plays with light and structures at Carriageworks.

This focus on infrastructure (buildings) comes at the expense of people and programs. The “edifice complex” is an old problem in the arts. It’s very one that produced Carriageworks, where the government spent on construction and then scrimped on commissions.

Spending all your money on buildings means there is none for emergencies. Governments in South Australia, Queensland, and Victoria have announced sector support packages of $1.5 million, $8 million and $16.8 million respectively. Create NSW has merely redirected $2 million of its existing budget to address the crisis.

What now for Carriageworks?

Meanwhile, the Media Entertainment and Arts Alliance has called for an urgent state rescue.

Carriageworks could become the first major Sydney venue to be led by Indigenous artists.

What about another option? There are already plans afoot for an Indigenous Cultural Hub) in the old Redfern Post Office. The government could build on these plans and turn Carriageworks into an Indigenous Arts Hub, making it the first major Sydney venue to be led by Aboriginal and Torres Strait Islander creatives and producers.

This idea has already been floated by various Aboriginal arts leaders, including Lily Shearer and Liza-Mare Syron. Bangarra Dance Theatre also expressed interest, when contemplating what to do while the Wharf is refurbished.

With proper consultation and support, a consortium of First Nations-led companies could create a Carriageworks properly embedded in local community.

Imagine what current head curator of Aboriginal programs, Hannah Donnelly, and resident company Moogahlin Performing Arts could do there. Or what Wesley Enoch and Brook Andrews, curators of the Sydney Festival and Biennale respectively, might dream up. Or what sort of writers festival Larissa Behrendt and Anita Heiss might program.

What looks like a bonfire could yet become a cultural burn. Carriageworks could emerge brighter, better, and braver.

This article is republished from The Conversation under a Creative Commons license. Read the original article.