You are here: Home » Articles filed under: 'News' » Article: 'Challenges for Christchurch & CM' 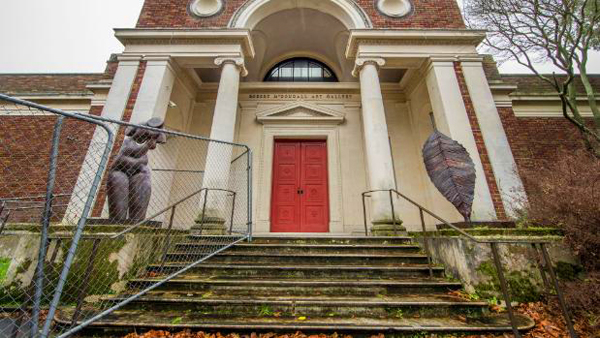 After being virtually unused for 15 years, the Robert McDougall art gallery is looking sad and unloved.

Tim Seay, Time for the Canterbury Museum to get its hands off the Robert McDougall Art Gallery, stuff.co.nz, 30 June 2017

Visitors to the Botanic Gardens must wonder as to the future of the Robert McDougall Art Gallery.

It has been virtually unused now for 15 years, maintenance on it has been neglected and it is looking sad and unloved. Moss is growing over the front steps.

Yet this is despite it suffering no damage at all in the earthquakes – the only category one heritage building in the city to suffer no damage.

However it has to be earthquake strengthened to bring it up to the new building code before it can be re-opened.

So why has it remained virtually unused after 70 years as the city’s public art gallery?

The explanation goes back to the decision made by the Christchurch City Council in 2003 to lease it to the Canterbury Museum for a period of 50 years.

At the same time the Council also persuaded Parliament to alter the Christchurch City Council (Robert McDougall Gallery) Land Act, which governs how the gallery can be used, to allow the Council to lease it to the Museum to be used for not only art but also for decorative arts and crafts.

This would allow the Museum to display any items they wished from about 70 per cent of their entire collection.

A lease at the time was drawn up for this purpose and signed by the Museum but has never been signed by successive Councils since because the Museum has not managed to implement a development plan that would enable them to integrate the gallery into their own buildings.

In the meantime, neglected maintenance work has thankfully now been approved and is about to begin at a cost of $ 1.7 million.

From the beginning the Museum treated the McDougall with little respect culminating in a proposed development plan in 2005 which was able to be funded but failed to obtain resource consent because it was successfully challenged in both the High Court and the Environment Court by heritage groups.

Their plan for the McDougall would have wrecked its heritage fabric by placing their Maori whare on top of the building to which would have been attached a large square steel box to act as an ablution block for visitors sleeping overnight in the whare.

They then took another ten years to come up with an alternative plan which is to dig out their entire site and base isolate all their buildings. This would provide them with sufficient storage space underground for their collection but no more display space. The cost is now estimated at $ 180m but they do not have sufficient funding to proceed.

And Councils until now have not been prepared to earthquake strengthen the McDougall before the Museum carries out their re-development. So it has just been left in limbo.

Much has changed since 2002 when the McDougall was thought to be surplus to requirements.

The new Christchurch Art Gallery that opened in 2003 was built to only half the size planners at the time considered necessary to provide adequate facilities for the next 50 years.

The city’s art collection has grown and, as a result, it is now out of storage space, and its capacity to display the city’s collection in its two upstairs galleries reserved for this purpose is only around 3.5  per cent of the collection – half that of the national average for all local authority owned collections.

And the new gallery on its central city site is now struggling to maintain its visitor numbers and wants to increase them. The only way this can be done significantly is by using the McDougall which is positioned to tap into the booming tourist numbers of almost 1.5 million who visit the Botanical Gardens each year. So the McDougall is now badly needed by the city’s collection to provide additional capacity and visitor numbers.

Nor is it a suitable building for the Museum. It was specifically designed for use as a two-dimensional art gallery and the Museum’s art collection is not big enough to fully utilise it. So the Museum really wants to use it for their larger three dimensional objects, in breach of the McDougall’s Conservation Plan.

In 2015 the Museum entered into an agreement to own and operate a new house museum to be built by the Ravenscar Trust on the Council car park in Rolleston Ave in which they intend to display their decorative arts and crafts. Construction is scheduled to begin in 2018. This will be a far more suitable facility for the Museum than the McDougall as it will have more open space display areas. And the Council can easily enter into an agreement with the Museum to allow it to display their art collection in their two public art galleries as they have on occasions in the past. This is the best solution for the Museum and the McDougall.

But more important, the Council has a responsibility to honour the terms of Robert McDougall’s gift of the gallery in 1928. His gift was to the citizens of Christchurch for the purposes of displaying and storing the new city’s art collection which was also being established at that time by gifts to the city from the estate of James Jamieson in 1927 and the Canterbury Society of Arts as well as other donors with the Council to act as a custodian of the gallery.

Robert McDougall did not want the gallery to have anything to do with the Museum. He was quoted in The Press in 1928 as saying he wanted a “distinctive site in the Botanic Gardens, well away from the Museum, so that the Art Gallery will stand out by itself. It is about time the City had a decent Art Gallery.”

As a result the Council of today has no moral authority to allow the Museum to use it for their purposes. So if the Council signs a lease with the Museum it will at that point dishonour the terms of the gift – the largest ever given to the citizens of Christchurch.

The Council needs to get its priorities straight. Its first obligations are to the assets which it owns and manages on behalf of the city. It owns the two galleries and the city’s art collection. The collection now needs the McDougall badly for its own future. The Council does not own the Museum and has no statutory obligation to provide it with assets like the McDougall in order to assist it with its development plans.

The McDougall is a beautiful neo-classical purpose-built two-dimensional art gallery and one of the city’s most important listed category one heritage buildings. It should be retained by the Council as a place where the donors of both the gallery and the city’s early collection are respected and remembered for their contribution to our city’s history.