You are here: Home » Articles filed under: 'News' » Article: 'Change and Innovation' 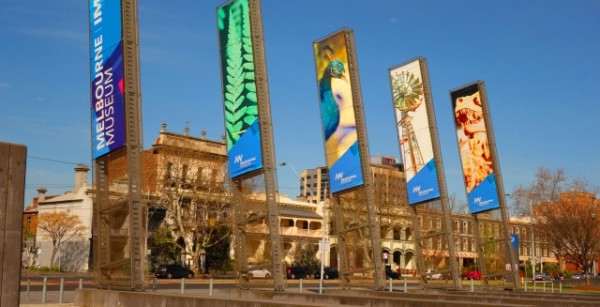 Change and Innovation – the Victorian Museum and Galleries Forum

Museums Australia (Victorian Branch) held its inaugural Victorian Museum and Galleries Forum on 15 September at the Melbourne Museum.  The forum is designed to address trending topics in the museum and gallery sector and will take place every second year.

At the forum, a wide range of speakers tackled the question of change and innovation in cultural institutions: how we recognise and respond to change from an institutional perspective, how to change established approaches and how to adapt and innovate.

Janet Carding provided one of the key note speeches on adapting to change.  As  the former Director & CEO of the Royal Ontario Museum (ROM) in Toronto and now as Director, Tasmanian Museum and Art Gallery, she noted several trends gathering pace including the:

Janet suggested that many museums have not kept pace with this type of ever-changing environment.  She argued that while preserving the past was an important role for museums, it did not have to fulfil this by preserving past ways of working.

Janet called for organisations to offset a tendency towards institutional inertia but to be biased towards the new, to be risk-taking, innovative and visitor focused.

In particular, Janet noted that the change management of the 1990s was insufficient to meet new challenges.  She outlined a new approach developed by Katy Paul-Chowdury (The Change Agency): ‘100 Day Change at the ROM’ under which ROM leaders identified strategically important areas where they needed to see real change quickly, coupled with teams agreeing on a measurable goal to be achieved in 100 days.  Outcomes included an interactive web interface to be piloted on the ROM Learning Portal.  For further details about the project and its outcomes see:  Janet Carding, Changing Museums, CODE|WORDS: Technology and Theory in the Museum, 9 September 2015

Brian Oldman, Director of the South Australian Museum (SAM), the second key-note speaker, also dealt with the question of change and innovation in museums by drawing on the experience of some of the UK’s leading institutions.  He felt that, more than ever, museums filled a unique space but were faced with incrementally growing complexity in practice. They needed to develop the ability to let some things go in order to allow for innovation.

Brian outlined the way in which the British Museum changed programming and partners between 2007 and 2012 in order to improve visitation and engagement.  In particular, he commended the collaboration between the British Museum and the BBC in ‘A History of the World in 100 objects’ which involved engagement and interaction through a radio program, podcasts, the museum website, social media and a later book.

Brian discussed the success of various innovations by SAM to reach challenging visitor segments including children (dinosaur sleepovers etc) and the 20-30 year demographic which wants to avoid ‘family activities’.  The latter responded well to events tailored to them such as discos, keeper displays, cocktail bar and immersion activities (eg inside Mawson’s Hut).

The morning sessions concluded with presentations by Emily Sexton, head of programming for the Wheeler Centre which specialises in providing ‘smart, passionate and entertaining’ events using a wide variety of mediums and Eddie Patterson and Akash Temple who made a strong case for a more inclusive place for disability arts activity in Victoria.

Members returned in the afternoon panel session to themes of innovation and change.  Brett Dunlop, Museums Director, Sovereign Hill Museums Association, noted that ‘think like a visitor’ was the slogan at Sovereign Hill.  He outlined the way in which a non-Government funded outdoor museum reinvented itself over time to attract new visitor groups.

For further coverage of the Forum presentations see:

Madeleine Dore, How to tackle inertia in the arts, Arts Hub, 16 September 2015