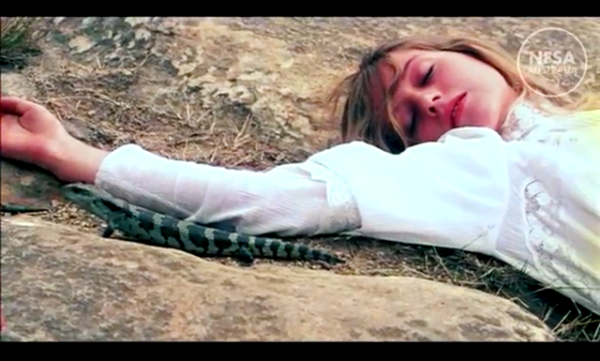 A film still from The National Film and Sound Archive’s online exhibition Picnic at Hanging Rock.

Australian Department of Communications and the Arts, The changing role of our National Cultural Institutions, March 2016

Australia’s cultural institutions are more relevant and accessible than ever before, as they find exciting new ways to attract fresh audiences.

Digital technology and other online innovations are allowing cultural institutions to expand their reach and overcome traditional geographic barriers that previously made it difficult for them to share their collections with a broader cross-section of the community.

This means Australians no longer have to travel long distances – or even leave their homes – to visit the nation’s most beloved galleries, museums, archives and libraries.

The National Museum of Australia has now made over 44 per cent of its collection available to the public online, while the National Library of Australia has digitised and delivered over 174,000 book pages and 59,600 journal pages through its Trove interface.

Thanks to Google Street View technology, users are able to take virtual tours of selected sites – for instance they can walk through the National Gallery of Australia’s Aboriginal Memorial or step inside the Australian War Memorial’s ‘G for George’ Lancaster bomber, which can normally only be viewed from the outside.

Major works and exhibitions can also be enjoyed in high-resolution online, with audiences able to view digitised artworks in intricate detail using a zoom feature.

The Google Cultural Institute’s Art Project features more than 60,000 of the world’s most important and compelling artworks from leading international galleries and museums, including the Musée d’Orsay and the Guggenheim Museum.

Google worked closely with Australian cultural institutions over a 12-month period to bring their finest cultural and artistic treasures online.

Artistic and cultural works from state-based institutions have also been included, including the Queensland Museum, Sydney Opera House and the State Library of New South Wales.

While some might worry that online art ventures will discourage people from visiting galleries and museums, the Director of the Google Cultural Institute, Amit Sood, believes the experiences are complementary. As he said in a TED talk:

“The biggest question I get asked nowadays is, “Did you do this to replicate the experience of going to a museum?” And the answer is no. It’s to supplement the experience.”

A recent report into the impact of our national cultural institutions reveals that Australians are eager to appreciate art in both real life and online.

Moves to digitise collections and develop online strategies are gaining traction, with National Cultural Institutions recording 56.2 million visits to their websites in 2013-14.

In the same period, these institutions hosted over 8.7 million visitors. Of these, over 3.5 million visited the institution, while 4.8 million attended travelling exhibitions displayed around Australia. In addition, almost 400,000 students participated in education programs run by the National Collecting Institutions.

Strong figures were also recorded over the 2015-16 summer holidays, with cultural institutions in the national capital reporting larger than usual crowds through their doors.

The Tom Roberts exhibition brings together over 130 works from both public and private collections, from Roberts’ early days studying at London’s Royal Academy in 1883 until 1931 with people travelling to Canberra from across the country to view these iconic works.

Other popular events currently on in the national capital include the Celestial Empire exhibition at the National Library of Australia and the display of ‘Mephisto’ the last remaining World War I German tank of its type in the world, on loan to the Australian War Memorial until April 2017.

And in Sydney, the high-tech cinematic experience of Navy life Action Stations at the Australian National Maritime Museum has attracted over 60,000 visitors in its first three months.

However, cultural institutions aren’t relying solely on blockbuster exhibitions to attract visitors, conscious of the need to take strategic steps to renew and transform.

For instance, the National Gallery of Australia has undertaken a major rehang of its national collection to reshape the visitor experience and encourage people to return.

“Every time you visit the Gallery there will be new discoveries as we constantly revitalise the galleries dedicated to the permanent collection,” NGA Director, Dr Gerard Vaughan, said.

As part of the rehang, the Australian collection is now located on the main level, while international art – including Jackson Pollock’s iconic Blue Poles – now resides upstairs in the refurbished and refreshed galleries.

As a result of the rehang the National Gallery collection is now displayed thematically instead of chronologically, with around 300 works brought out of storage, including some that have never before been on display.

Attracting a younger demographic, the National Gallery has also recruited ambassadors for the NGA, with well-known Australian actor Simon Baker being the first.

These and other strategies are a reflection of how Australia’s national collections are accessible to audiences new and old, in an ever-changing world.