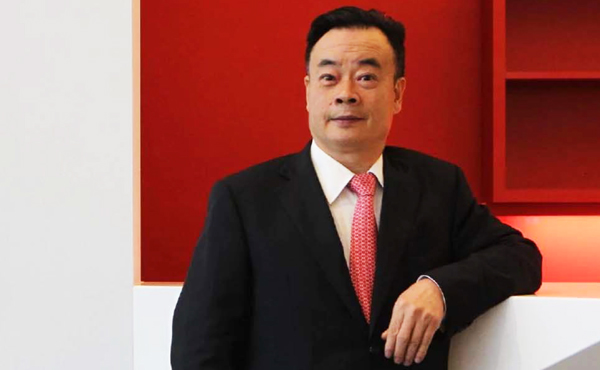 Chinese-Australian businessman Chau Chak Wing, who has donated more than half a million dollars to the Australian War Memorial. Photo: Sahlan Hayes.

Chinese-Australian businessman Chau Chak Wing has donated $560,000 to the Australian War Memorial over the past five years, with the memorial’s education and music centre bearing his company’s name.

Dr Chau has been named as just one of nine fellows of the memorial, alongside longtime volunteers, and other major donors including the CEO of Boeing Dennis Muilenburg and council chairman Kerry Stokes.

The donations and influence of Dr Chau have been under the microscope this week after MP Andrew Hastie used parliamentary privilege to name him as an unindicted co-conspirator named in FBI documents as “CC-3,” allegedly involved in the bribery of a senior United Nations official.

Dr Chau has been a major donor to both major political parties, and has also donated $45 million to Australian universities.

The War Memorial has made no secret of the partnership with Dr Chau and his significant donations, but only confirmed to Fairfax Media on Thursday the total dollar figure involved.

Dr Chau’s company Kingold was listed as a “companion” in the war memorial’s 2014-15 annual report, a title reserved for those who donate more than $50,000. The War Memorial confirmed Dr Chau donated $60,000 to fund the Anzac Diversity Education Program. The program focuses on using stories of Australian soldiers with different ethnic backgrounds as a learning tool.

In the following year, Kingold was upgraded to “benefactor” status, which is listed in the 2015-16 annual report as requiring a donation of $250,000 or more. The donation has been confirmed as $500,000 for the creation of an education and media centre at the memorial, which is named the Kingold Education and Media Centre.

“Dr Chau’s contributions do not influence the content or the delivery of the memorial’s education programs,” the spokeswoman said.

The relationship between Dr Chau and the memorial began in 2013  and was instigated by the memorial’s director.

“Dr Chau was approached by the Memorial’s Director Dr Brendan Nelson, due to him being a well-known benefactor with a history of philanthropy. Dr Chau was open to support the memorial, if his support was directed to programs related to education,” a war memorial spokeswoman said.

The War Memorial’s website says fellows are people “who have made an outstanding contribution to the purposes or work of the memorial significantly over and above what would normally be expected” and the spokeswoman confirmed that the fellowship was awarded to Dr Chau because of the donations.

“Given the significance of this generous support for the memorial’s education programs, the Council of the memorial made Dr Chau a Fellow in 2015. The appointment of a fellowship is a Council decision, and is not made by request,” the spokeswoman said.

“I think there are serious concerns about whether the War Memorial has been used by a billionaire with alleged close links to the Chinese Communist Party to gain political influence in Australia.”

“The War Memorial is a deeply important national institution with a network of contacts into the most senior levels of government and the military, and is on the face of it, a high value target for Communist Party influence operations,” Professor Hamilton said.

Dr Chau’s involvement at the War Memorial had been a “really big deal” in Chinese Communist Party newspapers, Professor Hamilton said. Events where Dr Chau had represented the Chinese-Australian community at the memorial had received favourable press in China.

The War Memorial did not respond to questions asking whether ASIO or other security agencies had been consulted before accepting donations from Dr Chau, or whether they had undertaken background research on the businessman.

Last year the ABC reported that Australian National University had rejected a multi million dollar donation from a “billionaire property developer” in 2016 on the advice of ASIO. The advice was that the potential benefactor had links to the Chinese Communist Party. The Australian National University would not comment on Thursday when asked if the businessman involved was Dr Chau.