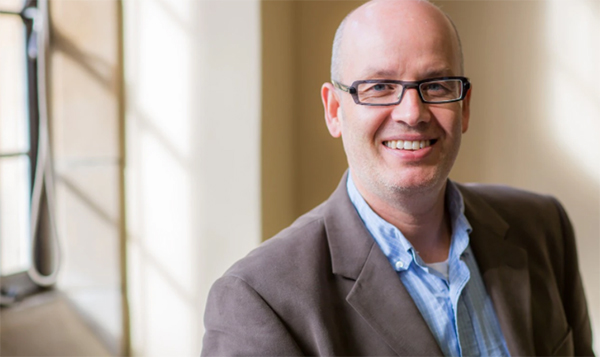 The role played by University of Sydney Professor Edward Holmes in the COVID pandemic is already the stuff of legend. His decision to tweet the genome of SARS-CoV-2 on January 11 2020, making the data freely available to everyone, sparked urgent work in labs around the world to develop a test and a vaccine. 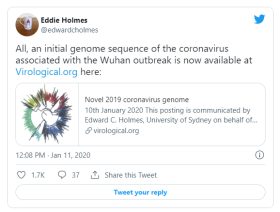 Within days, the first diagnostic tests were available, and that weekend, scientists at Moderna and Pfizer are reported to have downloaded the genome and set to work on their mRNA vaccines, bringing a new technology to medicine in record time.

But it is the deeper story I find most exciting. It is a story of excellent, painstaking research over many years, as the scientific community developed an understanding of genomics and virus behaviour, built a record of genetic sequences, and developed techniques to intervene at the tiniest scales.

This foundational work meant that when the pandemic struck, science was ready. Reports began to appear of a novel coronavirus causing illness in the Chinese city of Wuhan at the end of December 2019; Holmes’s tweet detailing the full genome of the virus was posted less than a fortnight later.

It is also a story of scientific expertise and confidence. While most of the world was coming to terms with the concept of a coronavirus, Holmes and other experts realised immediately what they were dealing with, and knew their first obligation was to share the information so researchers and their industry colleagues could go to work.

And it is a story of collaboration. As Holmes has pointed out, he would not have had the genome to share without deep scientific relationships. That day, he was on the phone with a colleague in China, Zhang Yongzhen, who held the genome information, and another in Edinburgh, who helped prepare the data for release.

The lessons for scientific endeavour are clear, and Holmes is now the deserved recipient of the Prime Minister’s Prize for Science, presented at a virtual event last night.

The pandemic has demonstrated the vital importance of global research collaborations and open sharing of findings, which makes science faster, more efficient and more accurate.

More than 400,000 papers have been written on COVID. Their open publication has allowed the development of vaccines and therapeutics at breakneck speed, saving millions of lives. The pandemic has highlighted the benefits of making research findings openly available for researchers, policy-makers, educators and others, and I am now championing an open-access approach for Australia.

One of the welcome aspects of the Prime Minister’s Science Prizes is the recognition it gives to great science teaching, which plays a crucial role in inspiring our young people to start on that path towards a scientific career. This year’s awards celebrated the work of Scott Graham, who has inspired students at Barker College in Hornsby, NSW, to study agriculture, and Megan Hayes, a STEM specialist at Mudgeeraba Creek State School in Queensland.

Four other scientists were recognised at the awards, all of whom demonstrate the drive that underpins great science and propels its practitioners to find ways to benefit the community.

Professor Sherene Loi, a medical oncologist at Peter MacCallum Cancer Centre, was recognised for her world-leading breast-cancer research that led to the development of a biomarker that is now routine in breast-cancer diagnosis in many countries.

Dr Keith Bannister, a research engineer with CSIRO Space and Astronomy, modified the CSIRO’s Australian Square Kilometre Array Pathfinder radio telescope to increase the detection rate of “fast radio bursts”. These mysterious bursts of intense energy from distant galaxies last just milliseconds but can release as much energy as the Sun emits in decades.

Bannister designed and built a system to preserve the data from the CSIRO’s radio telescope, and to track the source of the bursts.

Associate Professor Michael Bowen, at the University of Sydney, discovered a molecule with potential for treating brain disorders and tackling the opioid epidemic. This has led to a world-first clinical trial, now starting in Australia.

Also at the University of Sydney, Professor Anthony Weiss was recognised for developing and commercialising a natural “squirtable” skin-repair product, based on the protein that gives human tissue its elasticity. A spin-off company he founded has now been sold to one of the world’s largest biopharmaceutical companies for A$334 million.

The achievements of these scientists are so important to Australia, as are the efforts of the many researchers and technologists who sit behind them doing foundational work that builds over years, and collaborating in teams to tackle the difficult problems that are part and parcel of scientific discovery and impact.

Their achievements give me confidence we will solve today’s great challenges as we place science at the heart of efforts to tackle climate resilience, respond to the pandemic, and build the high-tech industries of the future.