You are here: Home » Articles filed under: 'News' » Article: 'Chief Scientist warns on soft skills at'

December 3rd, 2018 | Browse other: News. | Tagged with: Alan Finkel, the enduring relevance of the disciplines | 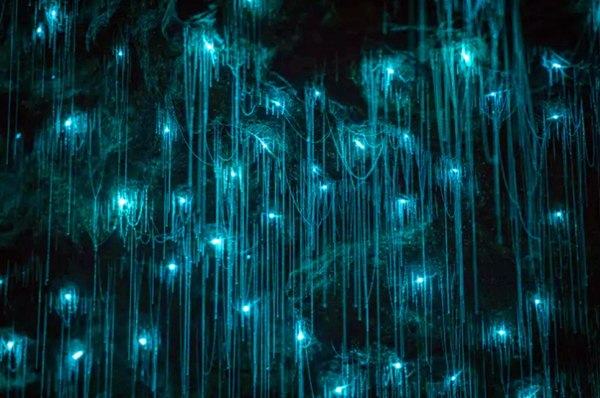 The light in the cave in New Zealand comes from glow-worms. from www.shutterstock.com.

Today I want to set out my case for the enduring relevance of the disciplines. I want to advocate for a content-rich curriculum. And I want to focus in particular on the importance of teaching maths, in sequence, through a structured program, and at the level of a student’s real ability.

But I want to get there by way of a parable.

The Light in the Cave

A few years ago, I travelled with my family to New Zealand. We decided to spend a few hours at the Te Anau caves, near the south-western tip of the South Island.

Every year, people flock there in their tens of thousands not so much for the caves – although they’re stunning – but for the glow-worms. Like a scene from The Phantom of the Opera, you step into a barge that glides silently through the water, shrouded by the subterranean darkness. Then you look up, and you’re in a grotto, and all you can see are thousands upon thousands of tiny blue pin-points of light.

Now I’m an engineer – and the author of the Finkel Review of the National Electricity Market. It’s hard to take off your hats when you’re on holiday. So when I looked at those lights, I thought to myself: what a brilliant mechanism for the efficient conversion of chemical energy into light energy!

It works like this: glow-worms live on mosquitoes and midges. To catch them, they dangle an invisible web of silken threads and switch on their lights. The light confounds the prey, then the silk entangles the victims. And the victims provide the energy to keep the lights on. Genius. So that’s what I saw in the cave: engineering inspiration.

Then there’s my wife, a life scientist. She can tell you that glow-worms are found only in Australia and New Zealand. And she’s also the very recently retired editor of Cosmos magazine. So she knows a lot about the natural phenomenon of bioluminescence.

Today, we can isolate the luminescent and fluorescent proteins in creatures like glow-worms and jellyfish. And we use gene editing techniques to modify – for example – the neurons in a fruit fly, so they flash in different colours depending on the level of electrical activity.

That means we can take images of complex structures like the brain in glorious technicolour. We move ever closer to answers to the cruellest conditions: dementia, motor neuron disease, schizophrenia. So that’s my wife’s perspective: great science, great pictures, and great material for Cosmos.

Then there’s my older son, Victor. He’s a management consultant. He deeply respects the Kiwi capacity to monetise what is, when you think about it, colonies of fungus gnats living on mosquitoes in a cave. And my younger son, Alex. He’s a software engineer who appreciates the way the tour operator keeps iterating and improving the experience.

And as I stepped off the barge I wondered, would an astronomer look up and see a living galaxy of stars? Would an airline pilot be reminded of the view from the cockpit, flying over a city at night? Would a historian be intrigued by all the myths and legends we’ve used to explain this phenomenon over the centuries?

I wish I’d had more time to ask. But just from my sample group of four, it was clear: every one of us, with a grounding in a discipline, stepped off that boat with something distinctive to say. We’d seen the world in different patterns. And we’d imagined its possibilities in many forms.

That’s the parable of the Light in the Cave.

The importance of specialising in something

When I was a student the importance of actually specialising in something – mastering a discipline – was more or less assumed. We thought about the skills mix of our future society in the same way we imagined an orchestra. You want a broad mix of people who excel in a range of speciality fields.

Yes, we do want those people to be able to play together. And we want them to sound like an orchestra, not several dozen simultaneous solos.

If you think you can, I challenge you to give a clarinet to a ten year old and enrol her on the same day into the school band. Now, that student could have a genuine passion and talent for music – but until she can manage her fingers, and the breathing, and read music, and produce a noise that isn’t a brain-splitting shriek – she’s got to knuckle down and practice. Solo. Focus on your discipline – then you’ll see your options expand.

And I internalised that logic. I now understand that a discipline is like a ladder. You have to put in the effort to climb it, step by step, with structure and sequence, accepting the guidance of your teachers. Learn the principle. Do the practice. Apply the skills. Repeat.

But right from the beginning, they knew maths was likely to be extremely important, and mastering it would maximise my choices. So they made sure I worked at it until I didn’t have to work at it – starting with the times table.

At first, I had to stop and think – all the time. It was tedious. But I wanted to do well. That made me determined. And soon enough I could see “11 times 12” or “nine squared” and the answer just sprang up in my mind unbidden, so that I wasn’t even conscious my brain was doing any work.

By the time I got to university I had reached a level of proficiency that allowed me to devote all my mental energy to mastering engineering. Again, I worked at it. I became an incurable engineer just like I’d become a human calculator: rung by rung, climbing the ladder.

The next step for me was setting up a company to commercialise a medical research tool I’d developed in the course of my study. I was uncertain of many things in my life at that time, including my bank balance, because there were many days when I was too nervous to look at it. But at least when it came to hiring, I knew exactly what was required. Discipline experts who could work together – not generalists who thought the same.

Since that time, I’ve seen a lot of teams, in business and in research, and I’ve sat on a lot of boards. I would still build my company exactly the same way.

I now have the life experience to confirm the wider application of the golden rule: yes, you will go badly astray if you pick ten people who collectively specialise in nothing at all. And I worry that we, as a nation, will go the same way, if we take away from the next generation of workers the disciplinary ladders that we climbed ourselves. In short: if we raise a generation who come out of the glow-worm cave perhaps ready to talk – but with nothing distinctive to say.

The future is uncertain

Why would we take that route? There are any number of rationales presented, and usually, by thoughtful people with the very best of intentions.

Don’t encourage students to limit themselves to a discipline, they say. Encourage everyone to be a capable generalist instead. Teamwork! Emotional intelligence! Public speaking! Creative thinking! That’s what will make them adaptable, so that’s what we ought to teach. And let students acquire those generic skill sets by following their passions.

What does that look like in practice? It means putting the expectation on teenagers to pick from over a hundred different courses available to them in years 11 and 12. At the same time, training their minds on the importance of graduating with the highest possible ATAR, on the understanding the higher the number, the wider the choice. And giving them minimal guidance on the discipline-specific knowledge they might actually need to do well in a particular degree.

Yes, I am thinking in particular here about the removal of prerequisites from university course guides. And most of all, I am thinking of the messages we give to students about the importance of focus and mastery in maths.

Why do I focus on mathematics? Partly, because it’s a skill set that’s fundamental to science, to commerce, to economics, to medicine, to engineering, to geography, to architecture, to IT. And partly, because it’s the textbook example of why you need to learn things in sequence through hard work, with the guidance of an expert teacher – and the very clear message from schools that it’s a priority.

You can’t just trust your passions to help you meander through it. So it’s particularly vulnerable when we shift the focus from hard content to soft skills.

We have the year 11 and 12 course enrolment data to confirm it. These show a 20 year decline in the proportion of students taking intermediate and advanced maths at year 12. And it’s worse for girls. In 2016, just 7% of female year 12 students took advanced maths compared with 12% of male students.