In 1959, British novelist and physicist CP Snow, in his book The Two Cultures, dwelt on the danger of the increasing division that had grown up in the Western world since World War II between science and the humanities. Such a separation is significantly more dangerous today. “Without connection across the disciplines,” said Snow, “we cannot think with wisdom.” 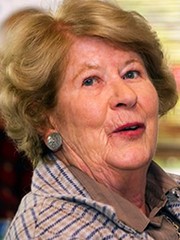 In Europe, the term science is used to include both the enabling sciences of physics, astronomy, chemistry, mathematics and ­biology and the social sciences and humanities, marking a clear interconnection between the disciplines. In Australia, we differentiate between these cultures and reserve the concept of science specifically for the hard sciences. Nationally within the policy domain, science has been in the ­ascendant.

Various voices have been raised in the past decades to claim a place for the humanities and social sciences in the shaping of Australia’s national goals. Tom Griffiths, professor of environmental history at the Australian National University, having visited the Arctic and Antarctic, recently argued that although the public tended to define climate change as the domain of the natural and physical sciences, it is history, archeology, anthropology, law, literature, art and politics that we must turn to along with physics, astronomy, oceanography, chemistry, geology, biology, medicine and meteorology. “It is,” he writes, “not just scientists and ­science we will defer to.”

How can social science and the humanities gain a greater presence in the making of national policy? At a time when all the national research priorities nominated this year by the Commonwealth Science Council — such as food, soil and water, transport, energy, resources, manufacturing and health — have their roots in social structures and human behaviour, the time for reassessment is at hand.

Ann Moyal is a historian and author. This is an edited version of a presentation to the Council of Humanities, Arts and Social Sciences annual conference on October 15.

See also: Dr Ann Moyal, The Two Cultures in Australia: where do we go from here?  CHASS Papers, Nov. 2011