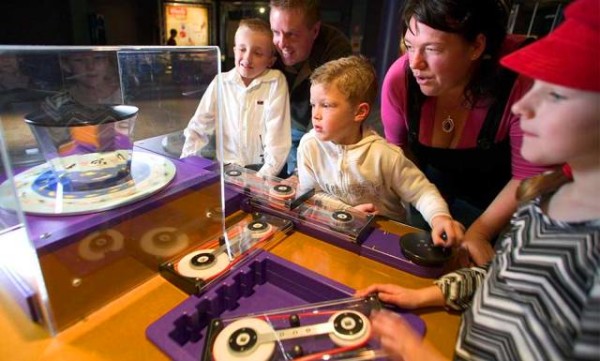 The Minister for Industry, Innovation and Science, the Hon Christopher Pyne MP, today announced a $930,000 funding package to get more people of all ages and background to become more involved in science and research.

A call for project submissions from Australian scientists for the National Science Week ABC Citizen Science project 2016 was announced during a visit to the Innovation Factory – Invent and Play travelling exhibition at the University of South Australia.

The ABC Citizen Science Project will be run as part of National Science Week as an Australia-wide science experiment.

“It gives me great pleasure to announce this funding building on the contribution that citizen science activities can make to getting people of all ages and backgrounds more involved in science,” Mr Pyne said.

“The 2016 Citizen Science project will enable any Australian with a computer and internet connection to help scientists and researchers with interesting small tasks like processing hundreds of thousands of photos or observations, or completing surveys, that would otherwise take a research assistant many months or even years.”

Project ideas should involve a simple process task that can be done by anyone who is 15 years and over with access to a computer and internet. These tasks or data should feed into a genuine scientific research project with clear aims and outcomes.

“Funding to the Australian Museum will also acknowledge and grow the work that is already being done within our country to encourage more people to see and engage with the science around them,” Mr Pyne said.

During his visit, Mr Pyne presented Playford International College student Kit Saisaard with a Raytheon Scholarship recognising his high achievement and motivation in STEM studies at the college in Elizabeth.

The Innovation Factory exhibition, developed by Questacon – The National Science and Technology Centre, with support from its major partner, Raytheon, enabled students to bring their ideas to life through the use of basic machinery.

“This is the first interactive science exhibition the University has hosted at our City West campus but when our new Science, Creativity and Education (SciCEd) gallery is completed, we will be hosting regular exhibitions that foster public engagement with science and innovation,” Professor David Lloyd, Vice Chancellor and President of UniSA said.

The exhibition was a hit with visitors during its three-month stint at UniSA, with almost 4,000 people filing through the doors since it opened in mid-December 2015.