You are here: Home » Articles filed under: 'News' » Article: 'City of London to remove slaveholders’'

City of London to remove slaveholders’ 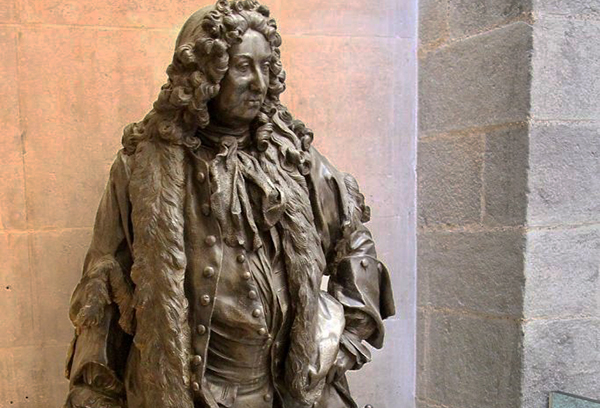 Statue of Sir John Cass in Guildhall. Photo by the wub via Wikimedia Commons.

Naomi Rea, The City of London Will Remove Statues of a Former Mayor and a 17th-Century Merchant, Both Slaveholders, From Its Headquarters, ArtNet, 22 January 2021

The City of London, the municipal governing body that oversees the city’s historic centre, where much of the UK’s financial sector is located, will move two statues of controversial historical figures who profited from the Transatlantic slave trade from its Guildhall headquarters.

“The slave trade is a stain on our history and putting those who profited from it literally on a pedestal is something that has no place in a modern, diverse city,” the co-chair of the Tackling Racism taskforce, Caroline Addy, said in a statement.

The City will now set up a working group to oversee the removal of the statues and consider what might replace them. The group will make its recommendations, which could include commissioning a new memorial to the slave trade, in the spring. 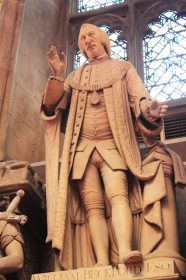 Beckford, who was twice Lord Mayor of London, accrued his wealth in the late 17th century from plantations in Jamaica and held enslaved African people. His statue will be moved to a yet-to-be-determined location and replaced with a new artwork.

The statue of Sir John Cass, a 17th- and 18th-century merchant and former member of Parliament who also profited from the trade, will be handed over to the Sir John Cass Foundation, which owns it. The foundation did not respond to a request for comment from Artnet News.

The move comes days after Robert Jenrick, the UK’s secretary for housing and local government, vowed to introduce new legislation to make it more difficult for local authorities to remove monuments of controversial figures, arguing that public statues should not be removed “at the behest of baying mobs.” The proposed legislation would make it necessary for final decisions to be subject to federal government approval.

The decision to move the two statues from Guildhall came after more than 1,500 members of the public contributed to a consultation on statues and other landmarks in the area. It remains unclear whether the federal government will intervene to stop the removal of the monuments.