You are here: Home » Articles filed under: 'News' » Article: 'City of London to retain & explain statues'

October 14th, 2021 | Browse other: News. | Tagged with: City of London Corporation, slave trader sculptures will stay in place, William Beckford and John Cass figures will be "retained and explained" | 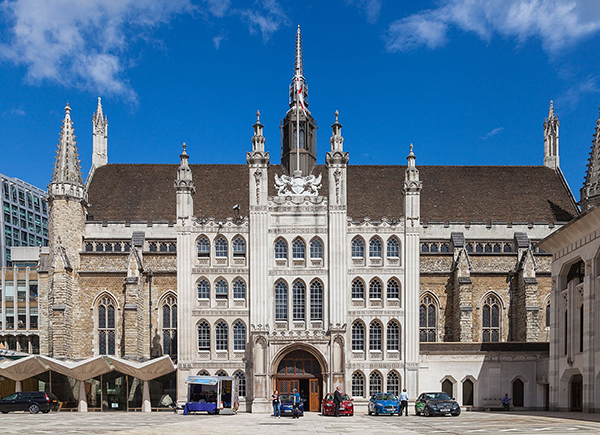 The Guildhall in London will keep its slave trader statues. Photo: Diego Delso.

William Beckford and John Cass figures will be “retained and explained”, as recommended by the UK government

The City of London Corporation, which oversees the Square Mile financial hub in the capital, has made a U-turn on its former decision and voted to keep in place two historic statues of British politicians with links to the transatlantic slave trade. The statues of William Beckford and Sir John Cass will now stay in place at the Guildhall building with “plaques or notices placed alongside them, with contextual information about the two men’s links to slavery”, says a statement from the corporation.

In January, the City of London Corporation voted to remove the statues of Beckford and Cass from the Guildhall building in Moorgate. The statue of Beckford, a two-time Lord Mayor of London in the late 1700s who accrued wealth from plantations in Jamaica and held African slaves, was due to be taken down, re-sited and replaced with a new work. The likeness of Cass—a 17th-century merchant, member of parliament and philanthropist who also profited from the slave trade—was set to be returned to its owner, the Sir John Cass Foundation. 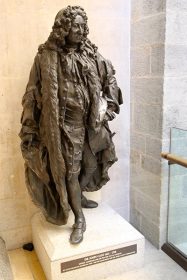 A Policy and Resources Committee subsequently agreed to set up the City of London Corporation Statues Working Group. Its chairman Doug Barrow says in a statement that the new strategy “enables us to acknowledge and address the legacy of our past with openness and honesty, not to try and erase history but to place it in its proper context. We can’t be blind to the fact the history of the City is inextricably linked to slavery, which is a stain on our past and, shockingly, remains a feature of life today in many parts of the world.”

Members of the corporation’s principal decision-making body, the Court of Common Council, also approved the group’s recommendations which included hosting “educational and cultural events that directly address the context of the statues and the contemporary issues they raise”.

The decision means the City of London falls into line with UK government policy which is centred on contextualising contentious statues and monuments under the “retain and explain” approach. In February, the government warned the City of London that removing the statues of Beckford and Cass puts its “rich history” at risk. Robert Jenrick, the then Communities Secretary, wrote to the Lord Mayor William Russell and senior officials urging them to reconsider their proposal.