You are here: Home » Articles filed under: 'News' » Article: 'City of Treasures' 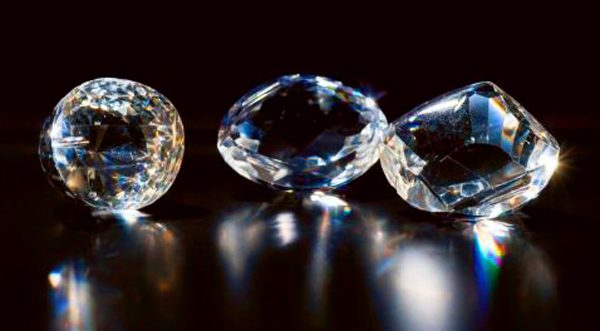 Hello, treasure: the Australian Museum’s glass replicas of diamonds including the Orloff and the Koh-I-Noor. Photo: Stuart Humphreys.

Imagine how far you would have to go to see the ugliest animal on earth, an ancient ivory inlay that was cleaned by Agatha Christie and a tumour that has grown teeth and hair.

As it turns out, not far at all.

All of these objects – and many more that will make you go, “wow!”, “ah!” and “ew!” – are right here in Sydney’s museums, galleries, archives and collections. You just have to know where to look. But where to start? Fortunately, we’ve done the legwork for you. (Objects are on permanent display unless otherwise noted.)

The ugliest animal on earth

On the upside, he has his own popular Facebook and Twitter accounts, his face adorns T-shirts and he is a film star (check him out as an edible alien in Men In Black 3). On the downside, he got all that attention because he has been voted the ugliest animal on the planet. Even his name is inelegant; he’s called a blobfish or a fathead sculpin and is affectionately known as Mr Blobby. This particular specimen was found more than a kilometre under the sea off the coast of New Zealand in 2003. Visit and try to turn that frown upside down.

It’s April, 1915. A man arrives in Wagga Wagga by the evening mail train and takes a room at a local hotel. Something about his behaviour makes the hotelier suspicious, so he calls the police. At 2am they knock on his door and search the room. When they examine his walking stick, they discover that the handle is detachable and conceals a six-chambered revolver with a steel six-inch stiletto in the centre. The man, Theodore Mickel, who was born in South Australia to German parents, turns out not to be a threat to the country, which entered World War I eight months before. He’s just an eccentric with a concealed weapon and is let off with a warning. But he loses his walking stick.