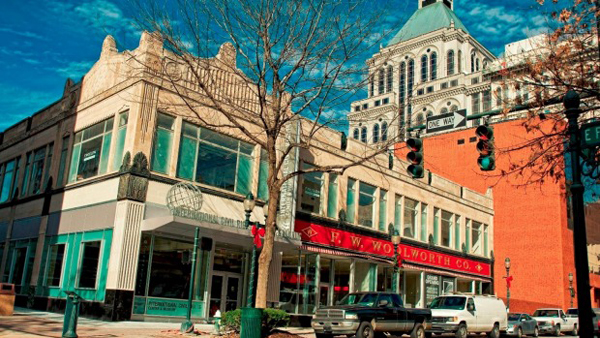 Raleigh, NC: The International Civil Rights Centre and Museum in Greensboro denied Donald Trump’s request to hold an event at the museum two weeks ago – and has faced retaliation from his supporters because of it, according to the museum’s CEO.

John Swaine said the Trump campaign was trying to plan the Republican nominee’s visit to the historic museum September 20, the same day he campaigned in nearby High Point and Kenansville. Swaine said that campaign staff asked to videotape Trump walking around the museum and requested that the museum shut down for five hours to accommodate his visit.

“We made it known to Mr. Trump’s campaign that we were not going to grant a request of suspending our operations so he could somehow try to legitimize his ideological positions,” Swaine told The News & Observer. “The landmark is very important – it’s not just a political backdrop.”

The museum is in the former F.W. Woolworth building, the site of the 1960 lunch counter sit-in protest against segregated eating establishments. The facility seeks to commemorate the historic sit-in and to promote equality today.

Swaine said museum staff who spoke to a representative from Trump’s team said he did not request a tour of the museum and seemed instead to want only a photo-op for the nominee. Swaine said that months are spent training the museum’s tour guides, and that the museum does not allow “un-vetted” presenters to act as guides.

He said that since news of the museum’s decision broke last week, museum staff members have received threats via phone calls and social media.

“The callers were threatening to come over and burn down the building and to shoot up the building,” he said. “They’ve lessened in frequency this week, but they’re still coming in.”

Swaine said callers have used foul language and racial epithets, and he said museum employees are now recording the calls. But he also noted that he is appreciative of support that has come via social media and in calls from across the nation.