You are here: Home » Articles filed under: 'News' » Article: 'Clever Country in a Changed World:'

Clever Country in a Changed World: 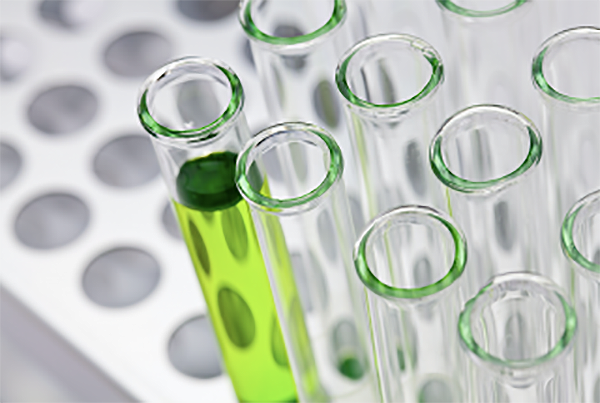 The global science and technology system has undergone massive change since 2000 and is now a key site of geoeconomic competition between states. For the first time in Australia’s history, its most significant partner for science collaboration will be a country other than its principal ally, the United States.

Australia’s successful model for science has relied upon uncommonly high levels of international engagement, but in this new world that model also brings new risks. There is a need to systematically re-think how the Australian science system engages with the rest of the world and delivers value to the nation. 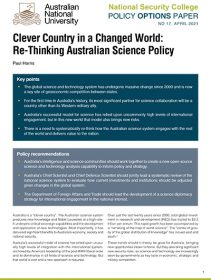 This paper is available as a PDF and an audio paper — the first-ever released by the ANU National Security College.

In this Policy Options Paper, Paul Harris — Adjunct Fellow at Georgetown University’s Center for Security and Emerging Technology — explores the new world order that Australian science finds itself within and outlines a new approach to advance the national interest, sharing specific policy recommendations.

This paper is available as a PDF and an audio paper — the first-ever released by the ANU National Security College.

Paul Harris also joined Katherine Mansted, Senior Adviser for Public Policy at the College, for a conversation about Australian science policy and more in the latest National Security Podcast.

‘The National Security College is a joint initiative of the Commonwealth Government and The Australian National University’
Positions Vacant » View All
» Team Administrator, Natural Sciences – AWMM
» Tasmanian Aboriginal Learning Facilitator – TMAG
Latest News » View All
QM gifted tea cloth signed by politicians
- a soluble mystery? Read more.
“At the British Museum” Michael Zavros’
Archibald Finalist surveys Elgin marbles Read more.
Museum deaccession sales unconscionable?
- the biggest deaccession sale yet in Toledo Read more.
EMYA Awards 2022 – overall winner
Netherlands Museum of the Mind Read more.
NSW cultural instns infrastructure bids
look to the future Read more.
Top +
Council of Australasian Museum Directors c/o Mr Brian Oldman, South Australian Museum PO Box 234 Adelaide, South Australia 5001 Australia, © CAMD 2022
Copyright: All information and resources provided on this website remain the copyright of the Council of Australasian Museum Directors. Permission is granted for viewing and downloading for personal and not for profit purposes. Those wishing to reproduce any materials for commercial, educational or other uses are requested to contact us.
Disclaimer: The content of this website is provided for information purposes only and is not intended as a substitute for professional advice. No claim is made as to the accuracy or authenticity of the content of the website. The Council of Australasian Museum Directors does not accept any liability to any person for the information or advice (or the use of such information or advice) which is provided on this website. The information on our website is provided on the basis that all persons accessing the site undertake responsibility for assessing the relevance and accuracy of its content. No responsibility is taken for any information or services which may appear on any linked web sites. Hostgator.
.