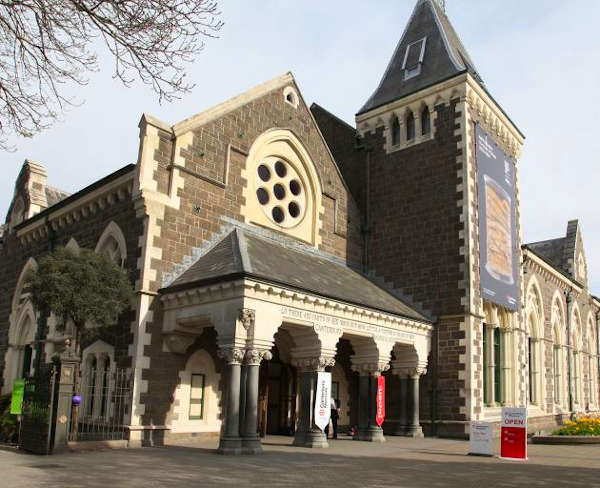 Public feedback on the proposed $195 million redevelopment of Canterbury Museum has generated a raft of ideas, director Anthony Wright says.

“Putting the blue whale skeleton back on display, improving visitor facilities, protecting the heritage buildings, and new prehistoric animal exhibits are just some of the ideas voiced by Cantabrians having their say on the proposed redevelopment of the museum,” Wright said

He said a large amount of feedback has been received so far.

“The museum estimates that it has reached more than 400,000 people through face-to-face meetings, advertising, social media and other channels. Its engagement website has been visited more than 11,000 times by more than 2000 users, 160 comments have been left on the Ideas Wall and 204 people have completed the survey.

“More than 60 per cent of the people who completed the survey visited the museum three or more times a year, 25 percent once or twice and 13 percent less than once a year.

“Many people have told us how much they love The Christchurch Street, Discovery and temporary exhibitions, such as the popular Ancient New Zealand: Squawkzilla and the Giants, currently on display, and Air New Zealand 75 Years,” Wright said.

“Other ideas include a greater emphasis on Māori, Pasifika and multicultural exhibits. We’re really pleased that people want to see the return of our much-loved blue whale skeleton, as we are planning to bring it back on display after more than 25 years.”

“We are listening to all the feedback and it will be taken into account in shaping the proposed redevelopment.” 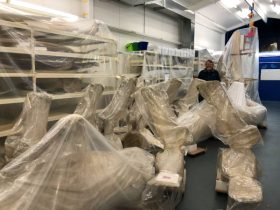 One of the most common topics that people raised is the representation of Māori in the museum.

“We have made a commitment to Ngāi Tūāhuriri that we will work together in developing our future Māori exhibits and that iwi will lead and inform how they tell their stories, relate their history and represent past and current Māori culture.”

The $195 million redevelopment project is needed to protect the museum’s heritage buildings and the 2.3 million objects in its collection, as well as bring the interior up to the standards expected of a fit-for-purpose museum.

Wright said design options for the redevelopment will be shared with the public in the near future.

“Ideas under consideration would mean more of the museum’s collection could be displayed, popular exhibits such as the blue whale skeleton could return and more storage would be created on the site. Currently, only 1 percent of the collection can be displayed at any one time and some of the items have never been on public view.”

The museum has also met with a number of people who have previously expressed an interest in its future.

“It’s really important that we listen to what people have to say about the future of the Museum. We will continue to meet with these groups, seek their feedback and ensure they are involved throughout the process until we lodge a resource consent later this year,” said Wright.

Dame Anna Crighton, chairwoman of the Christchurch Heritage Charitable Trust, said the museum board has been extremely proactive in sharing its redevelopment plans and gaining feedback from the wider community.

“I was happy to be invited to participate in this process and share my views. With an open mind, I attended a presentation which I found to be reassuring and which did not repeat the mistakes of the past.

“Not only will the listed heritage buildings be treated with respect and regarded as part of the Canterbury Museum collection, but architectural features will be highlighted and past violations of heritage fabric rectified. I now look forward to providing input into the initial design options.”

The public is invited to give their feedback at www.canterburymuseum.com and click on ‘Need for Change’.