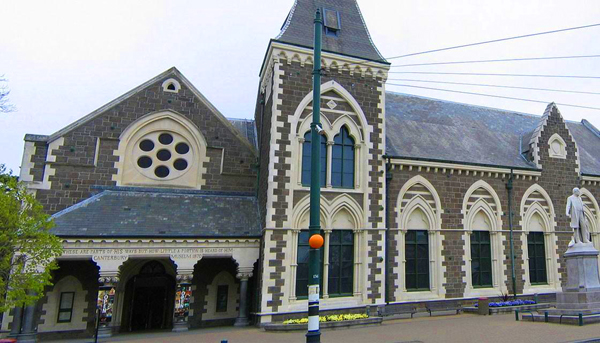 These days almost 80 percent of all international visitors who come to Christchurch go to the museum and last year one in four locals visited.

Sir Julius begun collecting specimens for a possible museum when he began his role as provincial geologist in 1861 and by 1867 there was a strong public call for access to the treasures, which included moa remains.

When it first opened to the public the museum was housed in three rooms of the Canterbury Provincial Council Buildings on Durham Street.

Visitors were welcomed on Tuesdays, Thursdays and Saturdays and Sir Julius often accompanied them through the displays.

It has been on its current site on Rolleston Avenue by the Christchurch Botanic Gardens since 1870.

“Today the museum attracts more than three-quarters of a million visitors each year and is home to 2.3 million collection items which help us tell a myriad of stories about Canterbury, New Zealand and the world.”

There was also a 25 percent increase in visitors to Fred and Myrtle Flutey’s Paua Shell House.

More than 1.1 million people have seen the Paua Shell House since it went on display at the museum in July 2008.