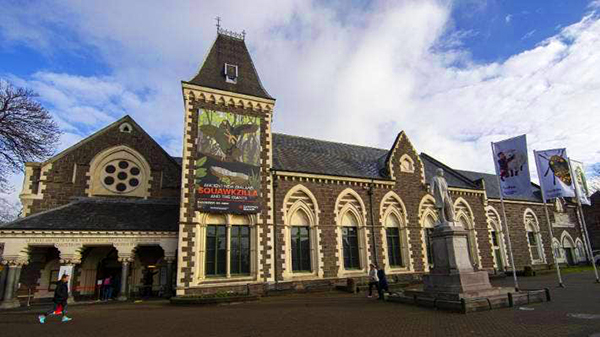 Some residents have described the museum as outdated and embarrassing. Joseph Johnson/Stuff.

Canterbury Museum is outdated, embarrassing and in desperate need of a planned $195 million upgrade, the region’s residents say.

The museum announced last year it was embarking on a much-needed redevelopment, which would see a complete revamp of the ailing building on Rolleston Ave.

A resource consent must be obtained before that work can happen, and as part of the process, public feedback on the plans was sought.

About 145 submissions were received showing overwhelming support for the project. Just two were against the development.

Thomas Sykes​ said in his submission, the museum was dated, old-fashioned and unimpressive for visitors to the region.

He and a number of other submitters also took offence to the depiction of Māori in the museum.

“Entry to the museum is through a diorama that looks like a European museum’s representation of Neanderthal history,” Sykes said. 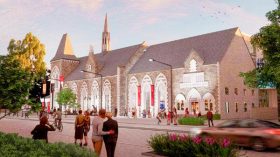 Controversial dioramas depicting pre-European settlement in New Zealand would be removed as part of the revamp. They have been labelled “offensive’’ by some Ngāi Tahu members.

Gina Coatsworth said the museum was outdated and embarrassing. Her daughters loved the Discovery space but rushed through the rest of the museum.

“I am embarrassed by the depiction of Māori at the entrance of the museum. I want them to see their heritage displayed in a way that makes them feel proud of who they are.” 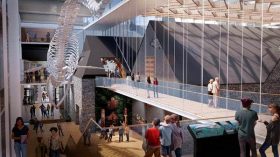 Sue Hale said the museum had barely changed since she was a child. She was born in the early 1960s.

Large parts of the museum built from the 1950s to the 1990s will be demolished as part of the redevelopment, but the 19th century heritage buildings will be retained and restored.

The 27-metre blue whale skeleton will return to public view for the first time since the early 1990s and two whare would form part of a new atrium.

Many submitters mentioned the skeleton and said they were looking forward to it returning.

The redevelopment was also supported by the University of Canterbury and Christchurch Employers’ Chamber of Commerce.

Chamber chief executive Leeann Watson​ said the museum’s buildings had not been fit for purpose for decades and the work was long overdue.

She and other submitters were also concerned that only 1 per cent of the museum’s collection could be displayed at any one time.

A redeveloped museum would provide opportunities to host increased and larger international touring exhibitions, which would boost domestic tourism – a critical element for a regenerating city, Watson said.

The university said the proposed changes would bring the museum into the 21st century in a way that preserved the special heritage character of the buildings.

It said the museum was not meeting its obligations under Te Tiriti o Waitangi.

Heritage groups including Christchurch Civic Trust and Historic Places Canterbury broadly supported the proposal, but the trust was concerned about plans to store collections in the basement. It was worried the pieces could be susceptible to the high water table and earthquakes.

The Robert McDougall Gallery, which has been closed to the public since the 2011 Canterbury earthquakes, would also be restored and incorporated into the museum.

The two people who opposed the redevelopment did so because of the gallery.

Robert McDougall’s grandson, Timothy Seay, said he did not support plans to extend the museum basement under the gallery. Annette Mauger wanted the gallery to be used for its intended purpose – art display.

Museum director Anthony Wright said in February, he was working with the Government on how it could plug a $70m funding gap.