You are here: Home » Articles filed under: 'News' » Article: 'CM revamp gets go-ahead' 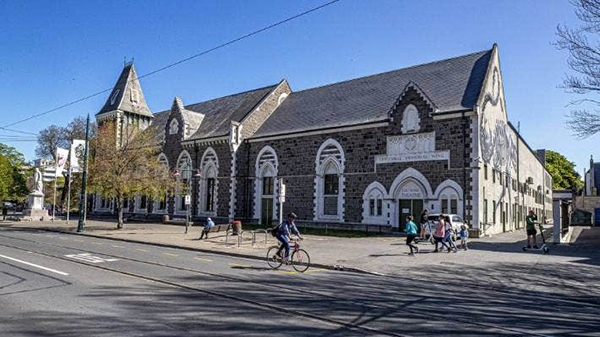 The Canterbury Museum on Rolleston Ave would be transformed under ambitious revamp plans. Stacy Squires/Stuff.

The plans were granted consent by the Christchurch City Council on Monday.

Museum board chairman David Ayers said the consent means they can continue with design work for the museum’s redevelopment.

“Getting the go-ahead from council makes those plans feel more concrete. Now we can get on with full concept design of the buildings, which we expect to finish by the end of the year,” he said.

Redevelopment plans for the ailing museum on Rolleston Ave would see a soaring blue whale skeleton and two whare in a dramatic new welcome space.

The plan includes demolishing large parts of the museum that were built between the 1950s and the 1990s.

The 19th century heritage buildings will be retained and restored, along with part of the 1970s wing overlooking the Botanic Gardens and part of the 1950s building on Rolleston Ave. 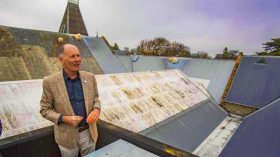 “Our 20th century buildings have not been fit for purpose for decades and are currently damaging the collection they are meant to protect,’’ he said.

“The proposed redevelopment will strengthen the museum’s heritage buildings with base isolation, create more space for exhibitions and provide much-needed improvements to visitor facilities.”

The resource consent attracted 145 submissions, with just two against the redevelopment. The submissions said the museum was outdated, embarrassing and in desperate need of a revamp.

The submitters also criticised the depiction of Māori in the museum. 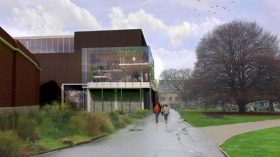 A view of the proposed upgrade of the Canterbury Museum from the Botanic Gardens. Supplied.

Thomas Sykes​ said in his submission the museum was dated, old-fashioned and unimpressive for visitors to the region.

“Entry to the museum is through a diorama that looks like a European museum’s representation of Neanderthal history,” Sykes said.

The museum has inadequate storage, a roof that often leaks and a stuffed elephant that is trapped in the attic.