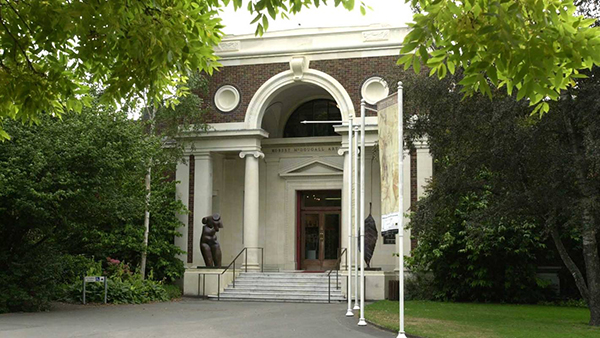 The Robert McDougall Art Gallery in the Botanic Gardens has been closed since 2010.

Canterbury Museum has asked Christchurch City Council to double its funding for repairs to a city gallery to help make it earthquake-proof and a suitable home for art from overseas.

The Robert McDougall Art Gallery in the Botanic Gardens has been largely empty since the new art gallery opened in 2002, showing the occasional exhibition until it was closed permanently after the September 2010 earthquake.

The council-owned building is run by the museum, which says it needs $37 million for improvements.

Museum director Anthony Wright asked the city council to double the $12.7m it has earmarked for the redevelopment to help pay for work to protect the building against earthquakes.

Asking councillors to increase funding as they considered submissions for next year’s annual plan on Tuesday, Wright said: “The request we are making is that you increase your total contribution to the McDougall component of the museum redevelopment from the $12.7m currently provided to $24.5m.”

Another $3.7m is being sought from the Hurunui, Waimakariri and Selwyn district councils, while the museum itself plans to put $8.7m towards the work.

Wright told Stuff the earthquake-proofing was necessary to make the gallery viable for international art loans and exhibitions.

“The $12.7m is to base isolate it, in addition to the repairs to make it fit for purpose for a modern museum.

“Overseas museums won’t loan to a Christchurch gallery without base isolation.”

He called on the council to make $12.7m available next year, with the remainder spread over the following three years.

He urged the authority to lease the gallery to the museum on a long-term basis, and ensure that it is included in redevelopment plans for the museum.

Councillors will decide whether to approve the request before signing off on the final annual plan later this year.