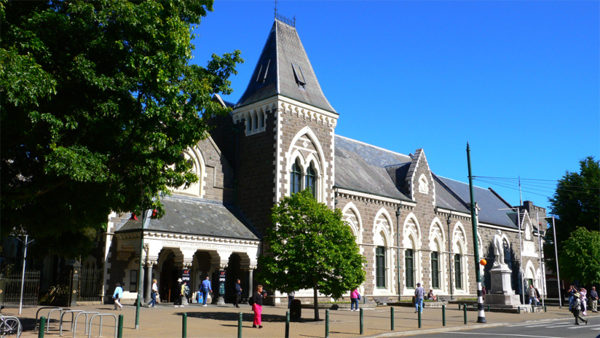 Canterbury Museum visitor figures came in at the end of June breaking all previous records. 784,756 breaks the previous record last year of 723,228 visitors.

While this no doubt reflects rising visitor numbers to the region, with almost 80% of all international visitors who come to Christchurch coming to the Museum, it also reflects a growth in local visitation. Last year one in four locals came at least once to the Museum. This percentage would be the envy of institutions everywhere but the Museum still wants to see this grow.

Part of the success is attributed to the Air New Zealand exhibition, made possible through a collaboration with Air New Zealand. This proved popular with many locals and the visitation figure of over 400,000 was higher than that of its two other hosts, Te Papa and Auckland War Memorial Museum.

A 25% increase in visitors to Fred and Myrtle Flutey’s Paua Shell House suggests a resurgence of interest in kiwi-ana and the wisdom in collecting and conserving our modern heritage. Over 1.1 million people have enjoyed the Paua Shell House since it opened at Canterbury Museum in July 2008.

Museum Director Anthony Wright comments, “We are delighted to be a must-see destination for both our local community and visitors to Canterbury alike. 2017 marks 150 years since Sir Julius von Haast founded the Museum and these record visitor numbers are a wonderful way to celebrate that anniversary”.