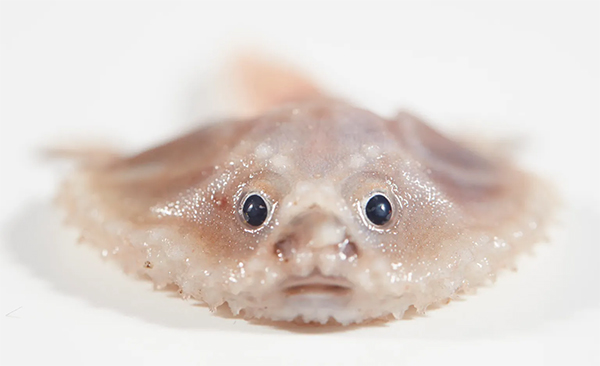 Scientists have mapped the seafloor in Australia’s Cocos (Keeling) Islands Marine Park, WA, in detail for the first time, revealing massive flat-topped ancient sea-mountains, flanked by volcanic cones, snarly ridges and canyons formed from avalanches of sand that have slumped down onto the abyssal ocean floor.

The research vessel (RV) Investigator, operated by CSIRO, which arrives back at WA’s Henderson port today, is also surveying previously unknown deep-sea life in the Indian Ocean Territories. On this 35-day, 11,000km journey, underwater video has revealed diverse fish life hovering over the summits of the seamounts, samples of which have been collected from as deep as 5km below the surface.

Some of the most fascinating finds are: 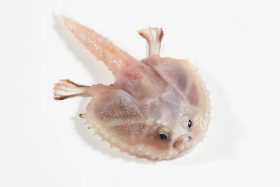 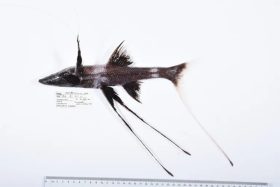 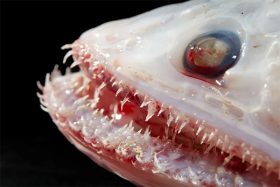 “We have discovered an amazing number of potentially new species living in this remote marine park,” said Museum Victoria Research Institute’s Dr Tim O’Hara, Chief Scientist of the expedition. “We are proud that our maps, data and images will be used by Parks Australia to manage the new marine park into the future.” 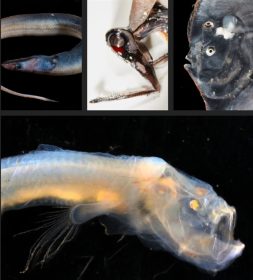 The team has produced detailed three-dimensional images of the massive mountain underneath the Cocos (Keeling) Islands themselves, which has never been mapped in detail before.

“We have beamed these new 3D maps and underwater video images directly from the vessel to the people of Cocos (Keeling) Islands, who have been super excited to see their seascape in all its grandeur,” Tim said. 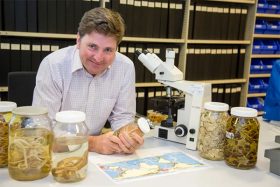 Nelson Kuna, one of two Hydrographic Surveyors on board from CSIRO, said that very little high-resolution mapping had been done in the Cocos (Keeling) Islands Marine Park before this voyage.

“We’ve used the full ocean depth mapping capabilities of RV Investigator to completely survey around the Cocos (Keeling) Islands, from coastal depths less than 100m all the way down to the abyss some 4800m below,” said Nelson.

“The data set now covers a substantial area of the new marine park and shows the Cocos (Keeling) Islands as the twin peaks of a massive seamount that rises nearly 5000m from the surrounding seafloor.

“It’s truly an honour to see, for the first time, these stunning features revealed from the deep.” 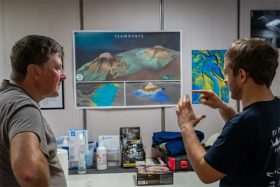 Scientists on board have shared their discoveries with school students around the country in real-time. Bush Blitz is supporting this voyage and using RV Investigator’s technology to livestream into classrooms. During the voyage, Bush Blitz has reached more than 850 students and community members around Australia – from Tasmania to the Torres Strait, from Alice Springs to Norfolk Island.

The Australian Government proclaimed two massive marine parks across Australia’s Indian Ocean Territories in March 2022 that together cover an area almost the size of New South Wales. The expedition will supply scientific data that will help Parks Australia to manage these areas into the future.

Head of Division at Parks Australia, Jason Mundy, said the voyage is important to increase our understanding of the unique and diverse habitats and species of these remote waters.

“Scientific research and data underpin management of all Australian marine parks,” said Jason. “It is fantastic that this voyage is exploring the extraordinary biodiversity and unique habitats of these the new Christmas and Cocos (Keeling) Islands marine parks, which cover more than 744,000 square kilometres.”