The following article was published in The Conversation 20 November 2013.

‘Right at the museum: collections give clues on climate change’

We know museums attract visitors who come to view and wonder at their vast array of displays, but they are also used by expert researchers – locally and abroad – who make use of the ever-growing collections. Last week saw the first meeting held by the Australian Museum Research Institute, launched as an internal entity within the 186-year-old Australian Museum at the Eureka Awards dinner this year. Its purposes are:

This research is becoming ever more valuable as the importance of analysing carefully curated long-term collections grows. The topic for the first meeting was “What can museum collections tell us about climate change?”. The answer, it seems, is “a lot”.

Much of the current work one reads on climate change concerns weather observations and mathematical models. Not everyone has a natural affinity for this type of data. But here the biological impacts of climate change took centre stage. These impacts are pretty easy to appreciate. I learnt that an octopus that is common in mainland Australia (the Common Sydney Octopus, or Octopus tetricus)) can now be found living off northeast Tasmania. This is not good for the lobster industry as octopuses (or “octopodes” to Greek scholars) can get into the pots and steal the lobsters. The Tasmanian lobster fishermen now have to deal with this new troublesome thief, in addition to the two other species that they are already familiar with. The museum data that flows into the remarkable on-line resource The Atlas of Living Australia can provide a detailed picture of the ranges of octopuses. The new observations, when compared with historic museum records, tell us that the arrival of the Common Sydney Octopus is a very recent event.

Why did it occur?

Two things seem to have happened. Southeast Australia is a “climate change hotspot” where water temperatures have risen significantly and the East Australian Current – the one that carried Nemo southwards – has intensified and is now extending further south. Accordingly, octopuses normally found in warmer water can now make the jump to Tasmania via their planktonic larvae. Other species have also migrated. The blue groper is the State fish of New South Wales. Like the octopus, it isn’t a typical resident of Tasmania, but it too has started to appear in Tasmanian waters. Once more, the extensive records held by the Australian Museum and other museums allow us to evaluate whether reported sightings represent changes in range or simply meaningless one-off events.

The museum’s extensive collections of sea shells are particularly useful. It can be seen that the range of shells is changing (interestingly, the average size of many individual shells is also getting smaller). Basically, species are travelling south at a rate of a few kilometres per year. The range of one particular mussel, Brachidontes rostratus, has been mapped in detail. It was once found as far north as Sydney, but now only makes it up to the southern border of New South Wales.

Land species are also on the move. Here, there are some warnings: as temperatures rise, some species move south to seek colder habitats. The most damaging effects will be felt by populations currently clinging to the southern tip of Tasmania or primarily found on mountaintops: they will literally have nowhere to go. The result, inevitably, will be extinctions. It is difficult to predict precisely what will be affected, but Australia’s alpine herb meadows in the Snowy Mountains are likely to be at risk. Some species will adapt and survive, but others will not. The most vulnerable may be those species existing in states of mutual dependency with other species, such as the small blue butterflies that live together with colonies of ants. In this case, both species will collapse if either party is unable to adapt to the new conditions.

Glimpses into the past … and future

Through the data provided by museums, we can derive a benchmark for monitoring change and we can make informed predictions. We can analyse the consequences of climate change and the predictions may help prepare people and industries to adapt. Museums are also important because they contain the actual specimens. The numbers are breathtaking. And here, perhaps, lies the most valuable long-term asset: DNA can be extracted from these samples. The DNA is seldom unscathed — it becomes fragmented over time — but what remains is more than adequate for new sequencing technologies. As DNA sequencing becomes cheaper, the ability to access and compare sequences will increase and a new field of science will emerge. Imagine one wishes to develop a new plant strain that is both adapted to drought and salt and able to grow at high altitude. At this stage, we can define the visible characteristics: such an organism might have thin, waxy leaves to cut down water loss, hairs to trap moisture and thick bark to protect it from the cold. One day, by comparing the DNA from related species in different habitats — on a mountainside, or over a period of time — we may be able to identify the relevant genes and use this knowledge in selecting varieties for food production.

An encyclopedia of everything

One can only admire the vision of past leaders who understood the value of carefully documenting the world around them. Surely, they could not have predicted the impact their collections would have both nationally and internationally. What they must have recognised was this: almost all knowledge is useful. Even now, we may not be able to predict all the ways in which museum collections will be used in the future; nonetheless, we can be quite sure that they will be. 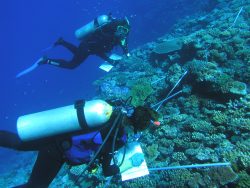 Source: Australian Museum
Positions Vacant » View All
» Exhibition Experience Developer – Te Papa
» Operations & Science Centre Mgr – Otago Museum
Latest News » View All
Patrick McIntyre interview
NFSA’s new CEO now on board Read more.
MV’s Melbourne Museum turns 21
- 21 things about MM Read more.
ANA Analysis Paper – 21st century priorities
for Australian arts and culture policy Read more.
Science Museum announces Energy
Revolution: The Adani Green Energy Gallery Read more.
IWM unveils second world war & Holocaust
galleries – 7 year project Read more.
Top +
Council of Australasian Museum Directors, c/o Ms Daryl Karp, Museum of Australian Democracy at Old Parliament House PO Box 3934 Manuka, Australian Capital Territory 2603 Australia, © CAMD 2021
Copyright: All information and resources provided on this website remain the copyright of the Council of Australasian Museum Directors. Permission is granted for viewing and downloading for personal and not for profit purposes. Those wishing to reproduce any materials for commercial, educational or other uses are requested to contact us.
Disclaimer: The content of this website is provided for information purposes only and is not intended as a substitute for professional advice. No claim is made as to the accuracy or authenticity of the content of the website. The Council of Australasian Museum Directors does not accept any liability to any person for the information or advice (or the use of such information or advice) which is provided on this website. The information on our website is provided on the basis that all persons accessing the site undertake responsibility for assessing the relevance and accuracy of its content. No responsibility is taken for any information or services which may appear on any linked web sites. Hostgator.
.